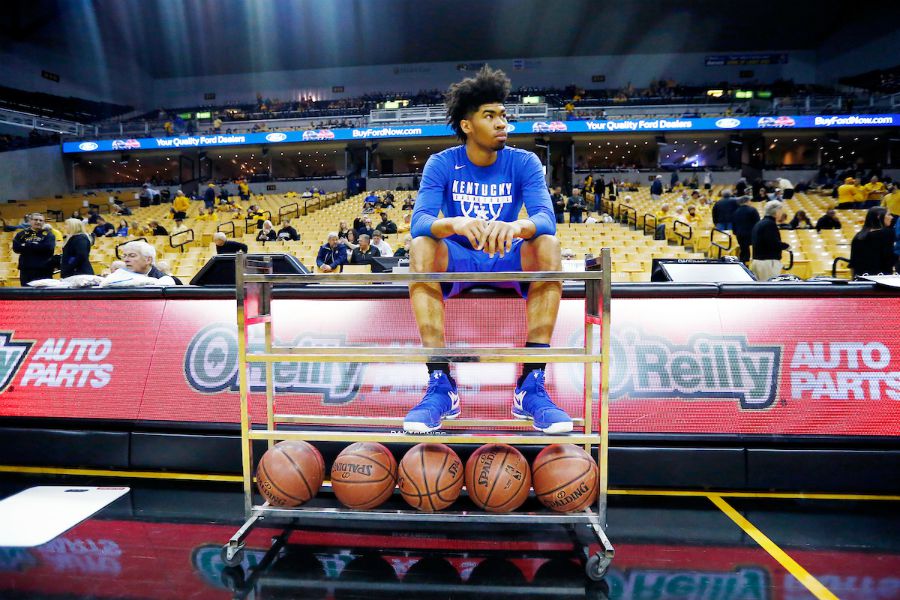 Nick Richards will be remembered as one of the most beloved players to play at the University of Kentucky.

Not often do players stay longer than one to two seasons under John Calipari, especially former five-star recruits. The length of his career, and the struggles he endured, makes Richards one of the most unforgettable players to wear the blue and white in the Calipari era.

The 6-foot-11 big man played three seasons for the Wildcats, but things didn’t come together for him until his final season in Lexington.

He ranked second on the team in scoring (14 points) while leading in rebounding (7.8) and blocked shots (66). He also recorded ten double-doubles in 31 games last season after only one the first two seasons of his career.

After freshman and sophomore seasons that had more lows than highs, Richards transformed into one of the most dominant players in the country as a junior.

In a recent interview with Go Big Blue Country, the former Wildcat discussed the struggles early in his career. Through it all, he never second-guessed his decision to attend Kentucky.

“Honestly, not one moment in my mind that I had that thought,” Richards said. “I always knew I wanted to be at Kentucky ever since I was a sophomore in high school. Kentucky was my dream school. When I got the offer to come here, mentally, I knew I was coming here regardless of what happened. I was willing to take on the challenge. It took longer than I expected, but my mom always told me it’s God’s plan. If God was telling me to be here for three years, that was his plan.”

While the abrupt ending to the 2019-20 season due to COVID-19 leaves an empty feeling, the NBA is the next step.

Richards declared for the NBA Draft and signed with an agent in April. He explained the decision to leave Kentucky without the opportunity of pursuing a national championship as a key contributor.

“I’m not even going to lie to you, my coaches made the decision for me to go to the NBA,” Richards said. “In the back of my mind, I was thinking, what should I do? Should I stay? Should I come back? I went into the meeting with the coaching staff, and they just thought I was ready to go. They were like, ‘Nick, it’s time, you’re ready.'”

The second round is the projected landing spot for Richards in the NBA Draft, a significant improvement after not being listed amongst the top 100 prospects entering his junior season. After an All-SEC campaign, it’s time for Richards to take advantage of his improvement and begin life as a professional player.

The coaching staff’s honesty and model to always put a player’s decision and best interest first is what led Richards to Lexington, and that very approach is why he has even more respect for the program as he departs.

“It was honestly one of the main reasons I chose Kentucky. Even though we have to win and we have to look out for each other, it’s always going to be a player’s first program. They showed that throughout the entire year. During my first two years, I was struggling a lot, and the coaching staff never gave up on me. KP [Kenny Payne] kept on getting in the gym with me every night, working on stuff, trying to get me in the best shape as possible.”

Richards’ basketball career will take him elsewhere, but he will always be thankful for the support from Big Blue Nation.

Fans can Vote for Adou Thiero for Pennsylvania Mr. Basketball

Kentucky Wins Series vs. No. 1 Tennessee

Fans can Vote for Adou Thiero for Pennsylvania Mr. Basketball

Watch: Tom Leach takes you through highlights of Florida win