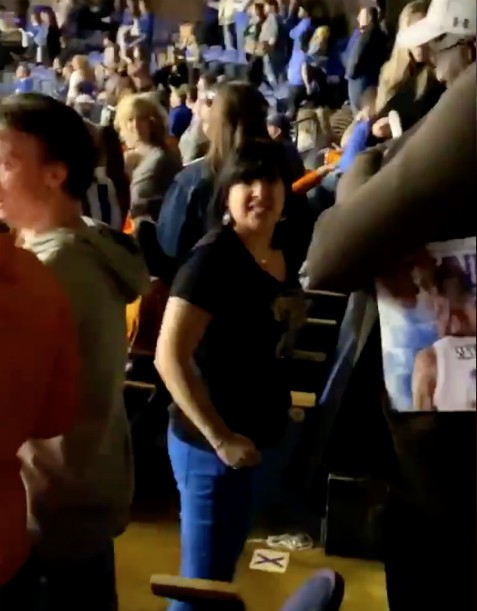 A Kentucky fan has issued an apology for directing a racial slur at a Tennessee fan following the Wildcats loss to the Volunteers Tuesday night at Rupp Arena.

Videos surfaced of Ashley Lyles directing a racial slur toward Ethan Williams, a Tennessee fan in attendance. The videos started circulating on social media Wednesday morning which led to Lyles coming forward and identifying herself.

According to a report from LEX 18 News, here is what Lyles said.

“My reaction after the game was unacceptable, period. It was against all values of the University and state of Kentucky. I humbly apologize to the individuals at which my words were directed,” writes Lyles, “My words were hurtful and hateful and have no place in this world. I apologize to the University and state of Kentucky for the embarrassment I have caused. I want my apology not just to be in words, but in actions moving forward.”

You can hear what Lyles said to Williams below.

Watch: Tom Leach takes you through highlights of Florida win

What was Going on with Ashton Hagans Last Night?
Mitch Barnhart Issues Statement on Fan Incident at UK-Tennessee Game