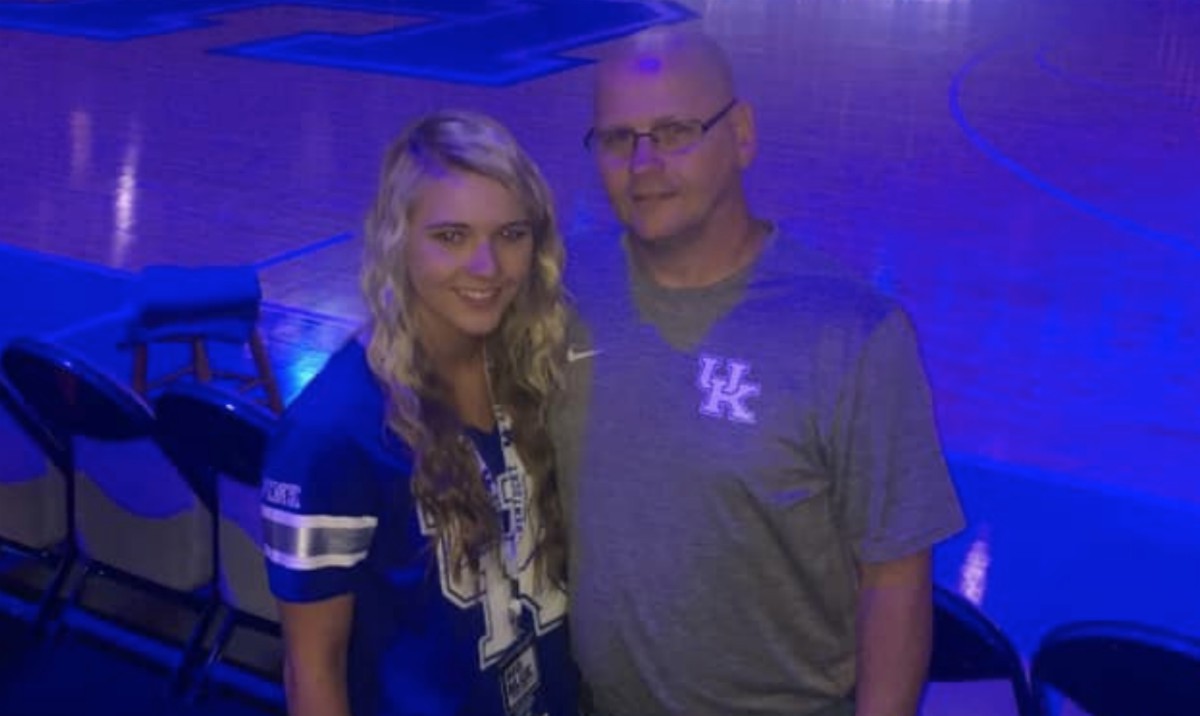 God has a plan for Cassidy Rowe.

That’s what her father and head coach, Lonnie Rowe, told her after the Kentucky women’s basketball commit tore her right ACL during a Chicago AAU event in July 2018.

“When it first happened, the first thing she said was Kentucky wouldn’t come to watch her play anymore,” Lonnie Rowe said. “It was tough, but I explained to her that God has a plan for her, and UK may not be that option.”

But they were. Two days later, Kentucky coach Matthew Mitchell offered Rowe a scholarship. She called the UK coaching staff two weeks later to inform them she was picking Kentucky and pledging her commitment.

Kentucky’s decision to extend a scholarship just days following a torn ACL solidified everything the Rowe family thought about the University of Kentucky women’s basketball program.

“When they did that, it just reassured me of what I saw was no show. When Kentucky offered, it made me feel like all this hard work is paying off because they see what she does. It set home to me what type of people they are. The smile on her face was priceless. Even before she committed, I knew and could see it in her eyes that she was going to commit to Kentucky.”

Rowe played varsity minutes for Shelby Valley High School as a seventh and eighth-grader. She averaged 9.9 points and shot 38-percent from three-point range as an eighth-grader for the Lady Cats, earning her recognition as one of the states top players and a favorite to eventually win Miss Basketball honors.

Things haven’t always been ideal since her commitment in August 2018. After missing her freshman season recovering from the torn right ACL, Rowe was ready to return to action and claim everything she had worked so hard to achieve. Instead, she suffered another torn ACL during a scrimmage with her high school team last June, this time to her left knee.

Two ACL tears in less than a year hit hard, and those first days were difficult to conquer.

“Mentally, I struggled after the second one because I had just got to the point I felt like I was myself again and was making the same moves I used to,” Cassidy Rowe told Go Big Blue Country. “Then, it happened again, and I felt like everything I worked for had just fallen apart, and it took me a couple of days to get my head straight.”

At that moment, Lonnie knew the message he had to deliver in June 2019 was the same one he uttered just eleven months prior.

“The two days after she was in depression mode. She sat for two days and didn’t speak. I told her a couple of things. God has a plan for her, and she has four seniors that would love to have her on the floor at some point in the season.”

Even though he mentioned a possible return to the floor during her sophomore year, Lonnie never believed he would allow her to play.

“In my mind, I was thinking I wasn’t going to let her play, but I wanted her to have that motivation.”

Even in her absence, she was still present. She often gave her father advice during games as she watched from the sidelines. Vision is what separates Rowe from other point guards, and she used that to help the team win while recovering.

“She was, without a doubt, an assistant coach. There were times during a game she would come to me during a timeout and would tell me what the other team is doing. A lot of times, I would listen to her. She would help carry water to the players and was being the best teammate she could be. She kept the players motivated.”

Rowe was eventually released on December 23rd and returned to the floor on January 10th but in a different role. Two braces limited her ability to rise on her jump shot, but she was willing to do anything to help the team win, which is what the Lady Cats did. Shelby Valley won the 15th Region All “A” Championship and 59th District title before coming up a point short in the finals of the 15th Region Tournament.

While she only played at 50-60 percent, doing so without another injury cleared a mental hurdle.

“That was such a blessing because that’s all I could ask for was to make it through the season without an injury,” she said. “I got to be out there with my teammates and playing the game I love. Even though I’m not able to make the moves I could, I was able to do whatever I could to help the team.”

The focus now shifts to getting back to 100-percent. Right now, Rowe is around 80-percent, but not having the option to run up and down the floor makes it difficult to judge. That said, the braces are gone, and the lift on her jump shot is returning.

While COVID-19 has forced everyone to adapt, the only thing that has changed for Rowe is the scenery during workouts. Under normal conditions, she would be spending her spring and summer evenings working out in a gymnasium. However, those workouts are now taking place on an outdoor court at home.

“It’s been different having to use it every day. Sometimes I’ll be dribbling, and my ball will hit a little dip in the pavement and go flying down the hill. It made me appreciate having a gym to go to all the time, and I’m very grateful for that.”

Rowe’s return to the court has taught her a lot, but mostly to savor the moment.

“I will never take basketball for granted again. I know God will never give you too much to handle, and I think he used these injuries to make me stronger and make me realize how truly blessed I am to be able to play the sport I love.”

The hard work and relentless effort to return to what she once was has inspired those who watch her.

“It makes me extremely proud of watching what she does. To see Cass put in all this time and effort to get back on the floor and become the player she once was just made me proud as a parent.”

Now a junior, Rowe has two high school seasons of eligibility remaining. With her commitment to Kentucky secured, her remaining seasons in high school are about returning to the form that had the mountains buzzing before she officially entered high school.

Regardless of what happens next, the last two years have made one thing clear to Cassidy Rowe.

Barion Brown earns another SEC Freshman of the Week honor