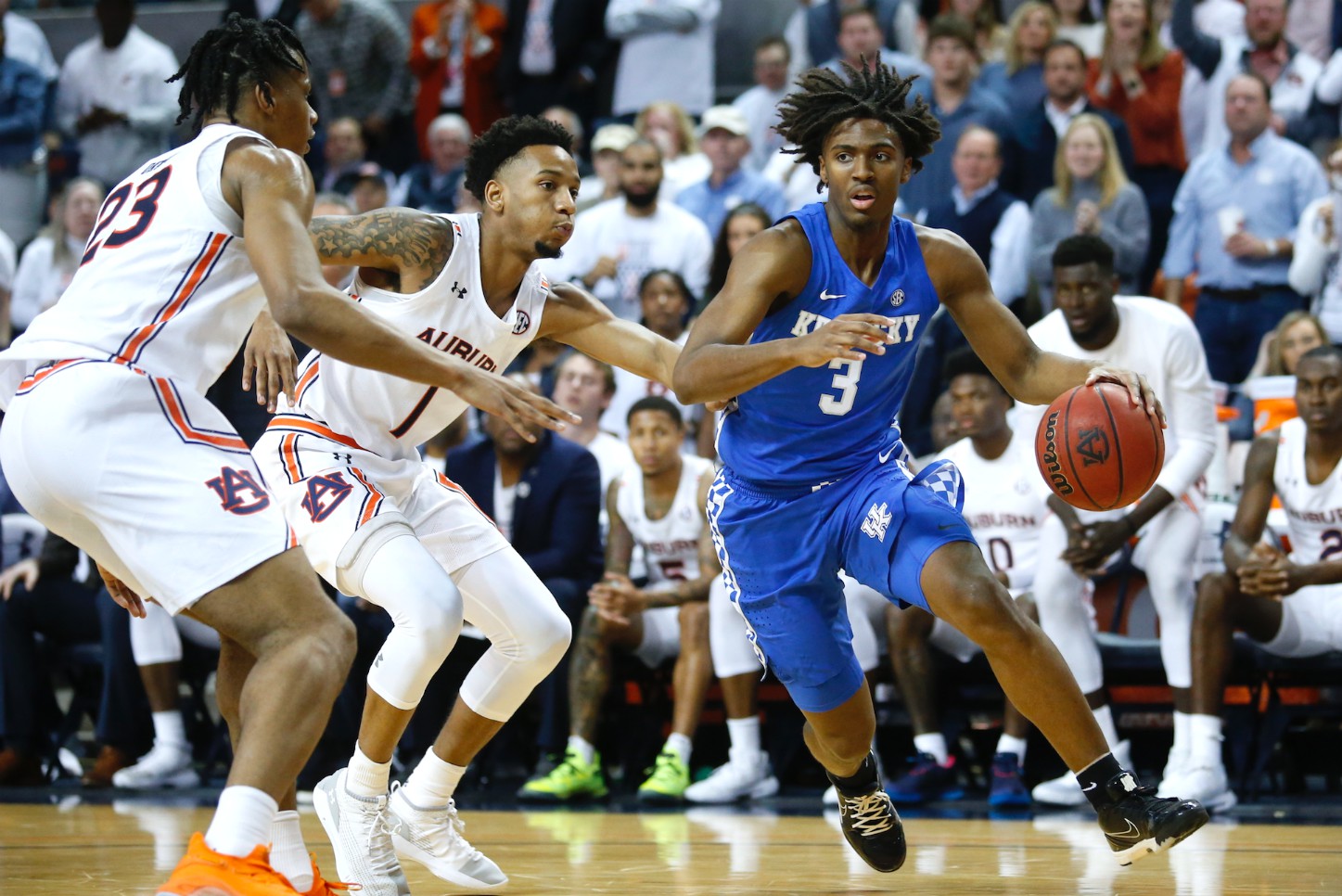 Kentucky freshman guard Tyrese Maxey was elite in the Wildcats 78-64 win vs. Vanderbilt Tuesday night at Memorial Gymnasium in Nashville.

It was Maxey’s third game of 25 points or more this season, but something was different about Tuesday’s performance that pleased John Calipari.

“And the best thing that happened is for the first time this year Tyrese Maxey played with a toughness to win versus just play basketball,” said John Calipari. “First time this year. And you have to understand I’ve been all over this and all over him on not settling. So that’s a good sign.”

Maxey added four rebounds, two assists, two blocks and tied a career high with two steals. His 10 made field goals were also a career-high and his three made three-pointers are his highest total since hitting four in the win vs. Louisville.

“He played through bumps today for the first time in his college career. That means you get hit and you keep going, versus you get hit and throw the one-handed fade. It may go, really if it goes you look crazy and if it doesn’t we lose. But this one, playing through the bump you make it and it’s an and-one. And you show toughness, and it feeds on the other team. They’re like ‘holy cow.’ But his instinct is to get hit and throw a fade. Not play through bumps. He’s learning. Another thing he did, he had six deflections in the second half with 10 minutes to go. Where’s that guy been? He told on himself. You mean you can play that way? ‘Yeah, but it’s really hard. Can I just get more shots?’ Trying to get these guys to do what the hardest thing is has been the challenge this year.”

In addition to playing with toughness on the offensive end, the UK coach loved the effort Maxey showed on the glass.

“Our guards rebounded,” he said. “I thought Tyrese, again, stuck his nose in there, which he hasn’t done in games. He’ll go in and act like he’s trying to get the ball but he’s not. He’s hoping someone else will grab it. Today he went after balls.”