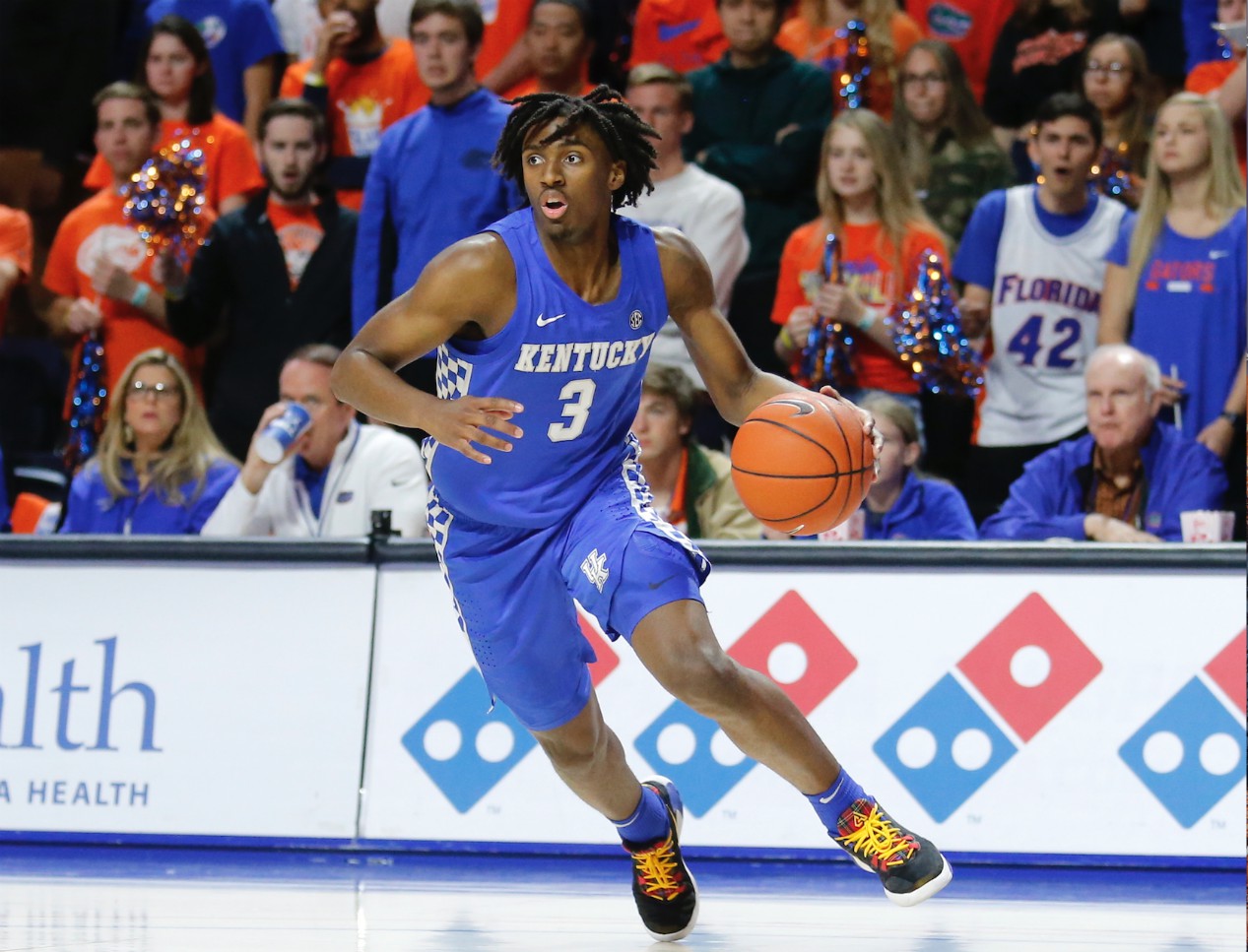 Tyrese Maxey has entered his name in the 2020 NBA Draft, the freshman guard announced Monday.

“This year getting to rep Kentucky across my chest was everything I could have imagined,” Maxey said. “I got to play for a Hall of Famer, be pushed every day by the best coaches in the country, compete alongside great teammates and work with a support staff that is the gold standard – just like Coach Cal promised.

“Even though I didn’t get a chance to compete for my ultimate goal, this season was everything I signed up for. I know I’m a better player and man for embracing the challenge of playing for Kentucky.

“It’s time for my next challenge though. My dream has always been to play in the NBA and I know I’m prepared for this because I’m Wildcat made.

“Thank you to the Big Blue Nation, my coaches, teammates and everyone who has played a part in making this an incredible year. I will always bleed blue.”