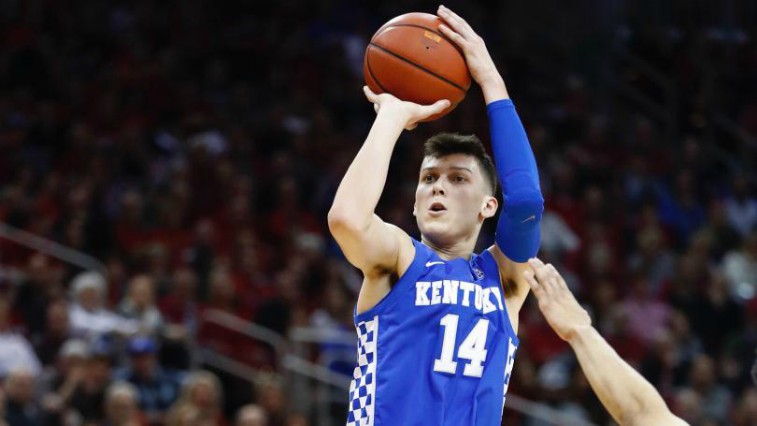 The Miami Heat guard replied to a tweet from former Wisconsin guard Zak Showalter, a four year player for the Badgers.

It sounds like an instate kid decided to play somewhere other than Wisconsin and Showalter tweeted that some players play for the name on the back of the jersey and others play for what’s on the front. Herro disagreed with what he said.

?????? making the best decision for himself.

Showalter told Herro he was wrong about him and he just really wanted him at Wisconsin. Tyler appreciated the response but said he’d still be at Wisconsin and not in the NBA had he picked the Badgers.

Appreciate you, but I’d still be at Wisconsin.

Herro is telling the truth. While the NBA was likely in his future, Kentucky developed Herro into a pro after one season. I watched and covered Herro in high school multiple times and while he was great, I was convinced he was a 3-4 year college player.

Herro then added that Wisconsin’s system is why the top instate talent doesn’t stay home in Wisconsin.

the states top talent would love to play for Wisconsin but not in that system. I think you can agree ?