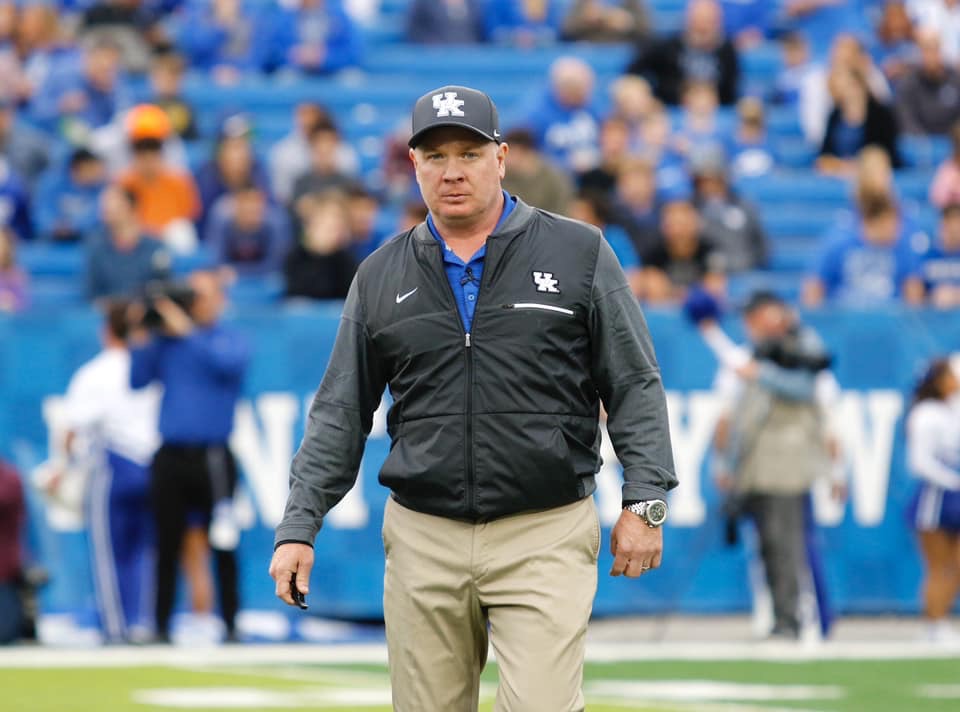 Under the direction of Mark Stoops, the Kentucky Wildcats have trended upward every season. The biggest reason? Kentucky’s success against SEC East competition, specifically South Carolina.

Prior to Stoops’ second season at Kentucky, the Gamecocks had won 12 of 13 games against Kentucky, the only loss in 2010 when Randall Cobb hauled in a game winning touchdown catch on 4th down late in the 4th quarter.

Since 2014, Kentucky has dominated the eastern division matchup, winning three times at Kroger Field and twice at Williams-Brice Stadium in Columbia.

The Spurs Up Show, a podcast that covers South Carolina Athletics, recently polled their Twitter following by asking, “Which win do you want the most for the Gamecocks this season?”

Which win do you want the most for the #Gamecocks this season?*

Even though only 1,106 votes were tallied, the Wildcats won the poll by receiving 43 percent of votes. Georgia was second at 40 percent.

So, in a schedule that includes Alabama, Florida, Georgia, and Tennessee, Gamecock fans want to beat Kentucky. That alone proves what Mark Stoops has done for the Kentucky football program in Lexington. Take a look at what some voters had to say about the matchup with Kentucky.

Season hangs on Kentucky. Georgia is a loss I expect but would be nice to win.

KENTUCKY. 5 in a row? Has to stop this year. UGA is out of reach still, they’re just too talented. Tennessee will get us this year, a play or two each year has separate a dub from an L, the good fortune will probably run out this year.

Here’s to making it six straight vs. the Gamecocks when the two teams play in late September.