Watch: UK Signee Had a Kentucky Shirt Under his Alabama Shirt 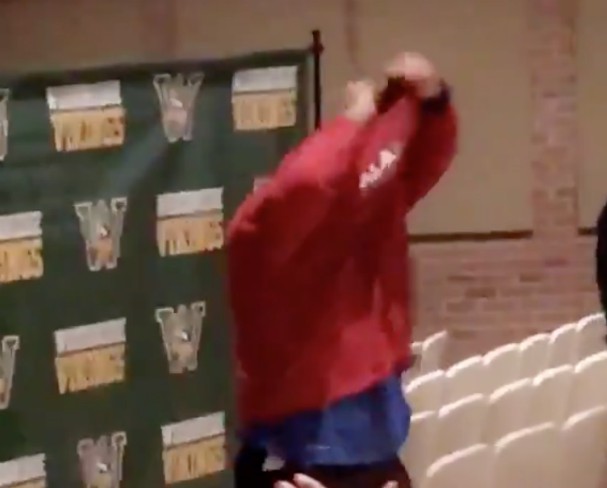 Four-star offensive guard RJ Adams committed to Kentucky on Tuesday and he became one of the first players to sign with the Wildcats Wednesday morning.

Adams decided to have some fun during his announcement at Woodbridge High School in Woodbridge, Virginia.

When Adams stood up to announce his decision, he removed his jacket and underneath was an Alabama shirt.

At first, everyone assumed Alabama was the choice until he took off the shirt and Kentucky was revealed.

Check it out below.

Keion Brooks’ Message for BBN on Returning for Sophomore Season