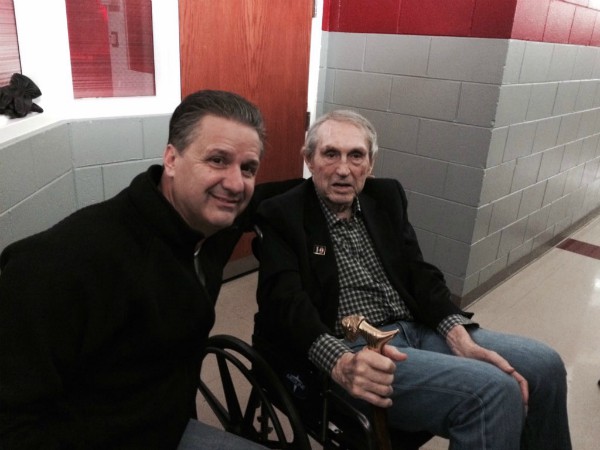 During his career, he led three schools to the Final Four, including Arkansas in 1978 and his alma mater, Oklahoma State in 1995 and 2004.

Sutton coached Kentucky from 1985-1989, before NCAA rules violations forced him to resign as UK’s coach in 1989.

This is the seventh time Sutton has been a finalist for the Hall of Fame. The official announcement will be made Saturday.

My college coach Eddie Sutton has been elected to the Naismith Basketball Hall of Fame. I could cry.