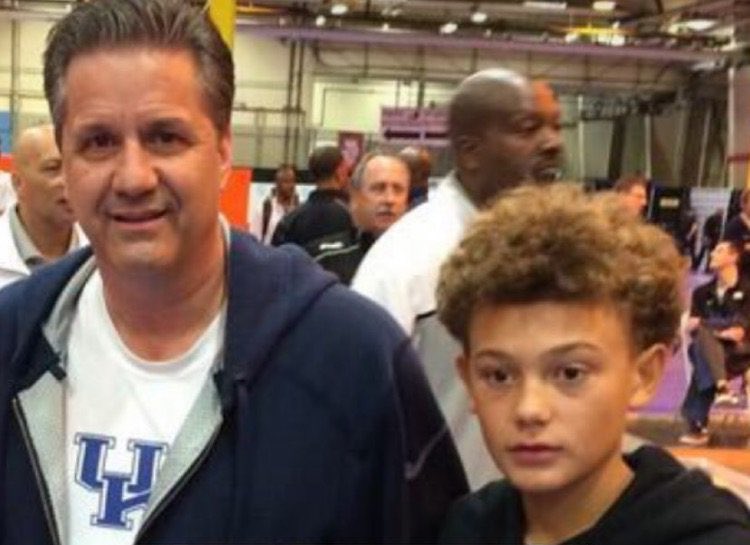 It’s April 2014, and Kentucky coach John Calipari is at the Jackson Sports Academy in McClellan Park, California, for the first session of the Nike EYBL, an annual summer circuit featuring the top high school basketball players in the country.

Fresh off his third Final Four appearance in five seasons, Calipari is targeting the top players for the 2015 and 2016 classes. However, by chance and fate, the UK coach stood side by side with the point guard that will help lead his 2020-21 Kentucky team.

Kentucky signee Devin Askew will arrive in Lexington later this summer to begin his freshman season with the Wildcats.

Calipari recruited the 6-foot-3 guard as a member of the 2021 class before Askew reclassified and signed with Kentucky for 2020.

Not long after his commitment last October, a photo of a young Askew with Calipari surfaced and quickly spread around social media. In the picture, Askew is 11-years old.

“I have a great memory, and I remember that day,” said Devin Askew. “It was when I was younger, and they had the first EYBL session in Sacramento, California. My dad wanted to take us all, my brothers and I and some of our friends. We were all there. We were simply going there to watch the California teams play in the EYBL.”

The Nike EYBL, if you’ve never been, is one of the most significant high school sporting events of the year. There are many games taking place at once, and Division I head coaches and assistants fill both baseline areas on each court to evaluate prospects they have offered or are showing interest in recruiting.

“When we were walking in, there were all these teams and head coaches that walked by. I didn’t know any of them. I didn’t know who they were or anything about them. I was super young, but my friend knew all about the coaches. He saw Tom Izzo walk by, he saw Coach K walk by, and then he saw Calipari walk by and said ‘that’s the Kentucky coach right there.’ I didn’t think anything about it because I was only there to watch the teams play.”

So how did 11-year old Devin Askew end up side by side with John Calipari in a picture?

“My dad saw Calipari and told me to go over and take a picture with him. I’m just thinking I don’t know who this is, why do you want me to take a picture with a random person? If I didn’t know you, I would kind of stay away; I was so young. So my friend went up to Cal and asked for the picture. Coach told him real quick. Luckily, he let us take the picture.”

Askew’s father, Brian Askew, recalls the moment in 2014 when he took the picture of Devin and his friends with Calipari.

“He [Devin] was busy watching another game, and we saw the train of people walking, and we noticed it was Cal leading the way,” Brian Askew said. “He walked by, and my nephew wanted to get a picture with him. I told Devin to get in the picture, and he was so distracted, he just wanted to watch a different game. He didn’t know what was going on.”

Askew’s lack of interest had nothing to do with not liking Kentucky or Calipari; he just didn’t follow college basketball at the time. According to his father, Askew was more into football when he was younger, but that changed when he reached middle school.

“When I was younger, I didn’t follow college basketball, so I didn’t know. I just wanted to know why I was taking a picture with some random coach. The photo for sure was for my friend, but around the end of my seventh-grade year, I started to love college basketball, and I knew who Kentucky was by that time. I recognized the Kentucky coach, and I looked in my photos, and there was the picture I took with him.”

Out of all the coaches and faces at the EYBL that day, Calipari is the only one Askew took a photo with, something Brian Askew still can’t believe to this day.

“The crazy thing about the whole story is who would’ve thought six years later that this guy is going to be a big part of Devin’s life and he’s going to be playing for him at the University of Kentucky on the biggest stage in college basketball? We followed that train to see who everyone was watching at the EYBL, what a coincidence, right? Six years later, there could have been some other kid doing the same thing that Devin was doing, but coach Cal was going to watch Devin play.”

Calipari laughed at the picture when Askew showed it to him during his recruitment.

“I sent it to him one time, and he laughed. He was laughing and talking about how crazy it is that this random kid took a picture with him, and then he later recruited him.”

Since that photo in 2014, Andrew Harrison, Tyler Ulis, De’Aaron Fox, Shai Gilgeous-Alexander, and Ashton Hagans have led the attack for the Wildcats. Now it’s Askew’s turn.

What was once a random photo buried in his camera roll has since moved to a frame, and Askew believes it happened for a reason.

“There’s something weird about this world that everything happens for a reason, and I feel like little things in life are signs of what’s to happen in the future. Looking back at that photo, it for sure happened for a reason. I love Kentucky basketball, but I still never knew I’d be playing for them one day. It’s crazy.” 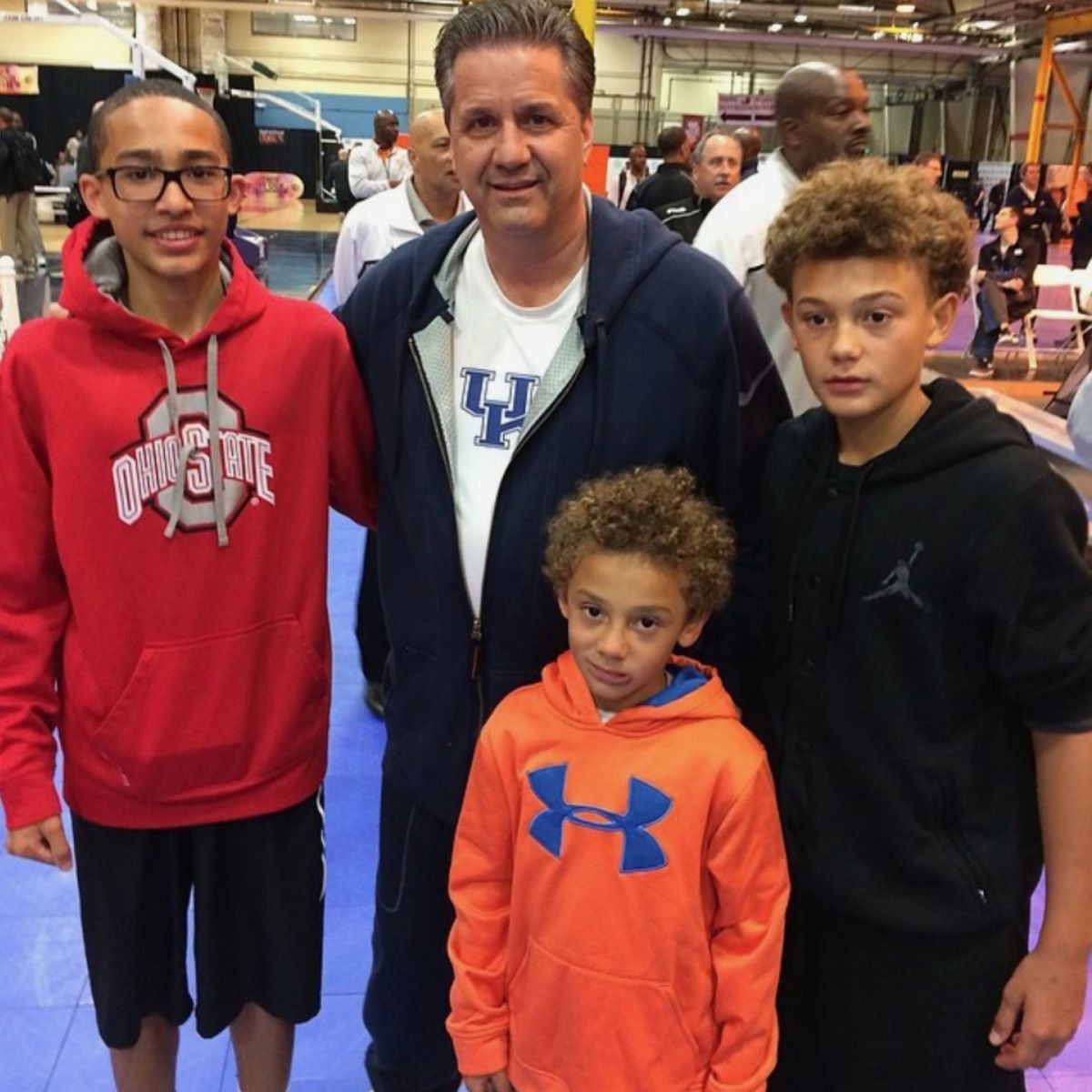