What Led to Nate Sestina’s Breakthrough at LSU? A Book from Coach Cal 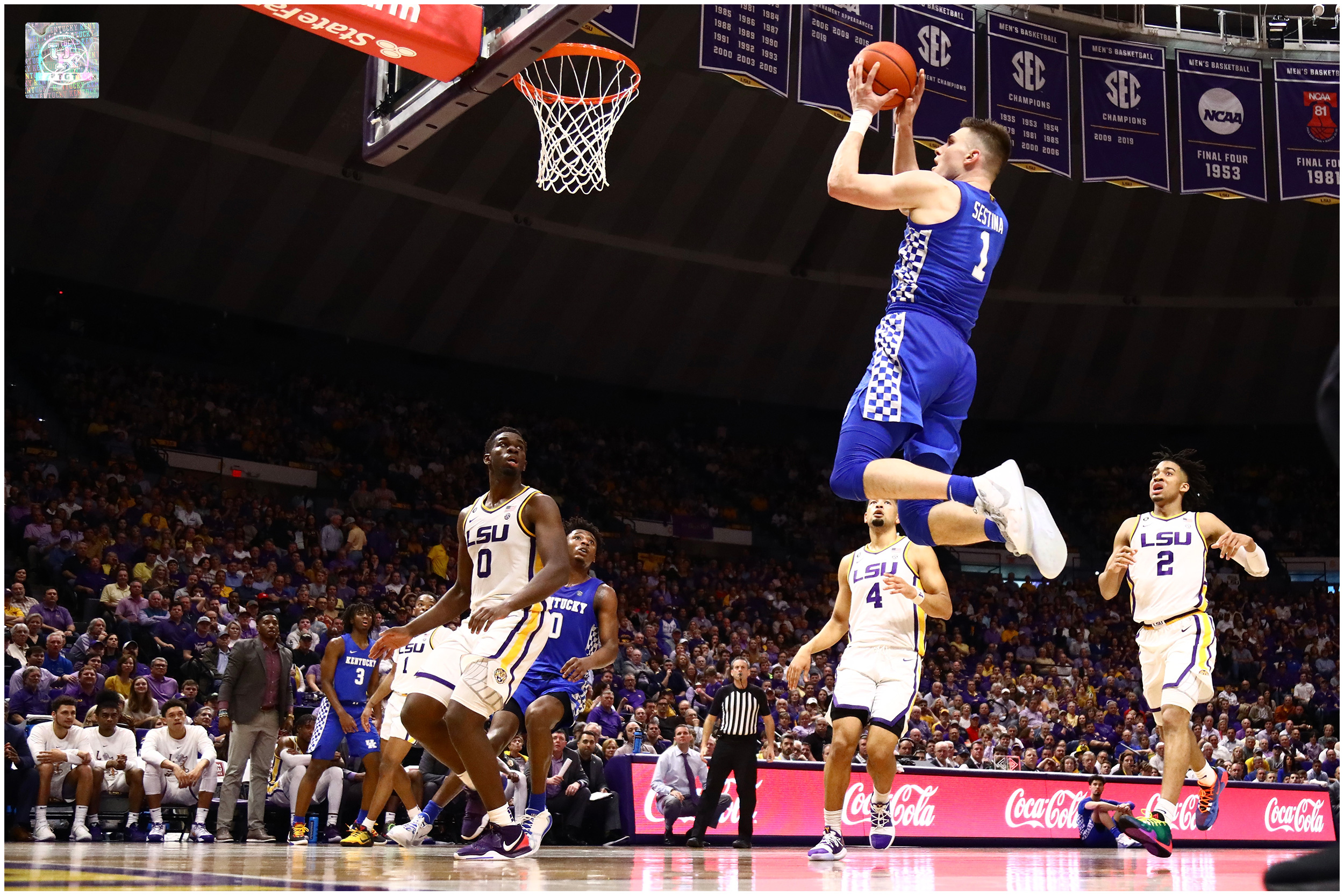 Nate Sestina had a night to remember in the Wildcats 79-76 win vs. LSU in Baton Rouge Tuesday night.

The senior forward scored 11 points on 4-of-8 shooting, including 3-of-4 from three-point range. The eleven point effort is the first time Sestina has reached double-figures since scoring 17 points vs. Ohio State on December 21st. In fact, he had only scored 11 points total in the previous five games combined.

“My teammates and my coaches have been on my case about trusting my training, believing in myself and knowing that everything is going to pay off,” Sestina said following the win. “I’ve put a lot of time in the gym, weight room and on the treadmill staying in shape, just trying to stay mentally sharp.”

While all of the workouts and attention to his body kept Sestina ready for a breakthrough night, it was a book suggestion from John Calipari that helped the senior forward turn the corner.

“I’ve actually been reading this book thats been helping me with mental toughness and mental training,” Sestina said. “It’s called “10-Minute Toughness”, a mental toughness training thing. It’s been frustrating because I haven’t been able to do anything defensively either, so for me it’s not just about trying to get a bucket or anything like that. I have to do something defensively to help my team and I’ve been struggling with that as well. And tonight I guess it all came to fruition.”

Sestina’s breakthrough wasn’t expected, especially against an athletic team like LSU. However, he totaled 8 rebounds to lead the Wildcats and played 27 minutes, the most he has played since playing 21 vs. Missouri on January 4th.

“Yeah, its funny I give them a lot of books and then I ask them, ‘Did you read this?’, Calipari said. “I’m trying to get them to understand, they leave us and if I can leave them with one thing, read. Tweak your mind – be curious. Most of the stuff I give them is what I think is pertinent to them. So sometimes it’s a parable in that form which is easier for them to read. That book wasn’t. I told him that he needed to read it because there was a girl that was a college player that got injured and got demoralized when she wasn’t playing well and then how she built herself back and then she ended up having a great year.

I said, ‘It’s a great story for you to read.’ He’s a great kid. I’ve been telling him he has buzzard luck. Can’t find anything to eat and nothing will die. I told him I’ve been praying for him. I just wanted him to break through.”

Highlights of Kentucky’s Win vs. LSU with Tom Leach on the Call
Road Win at LSU another Good Omen for Kentucky