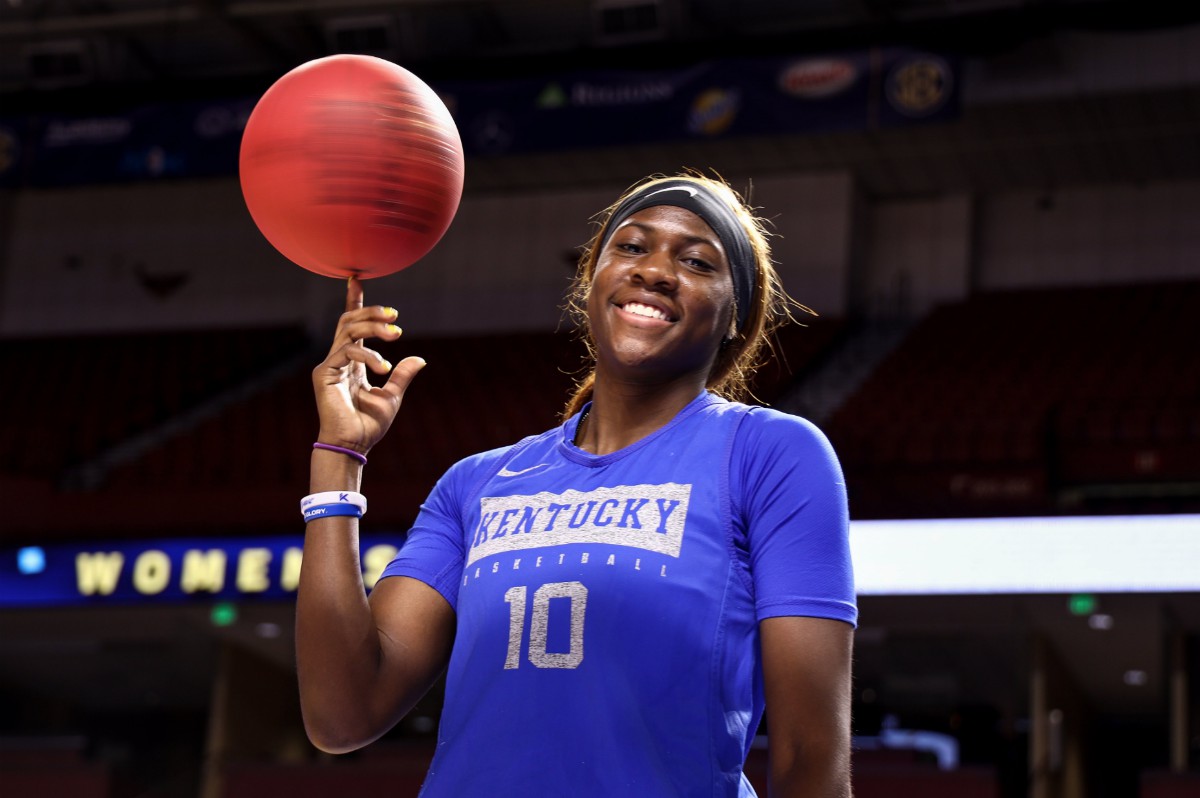 Kentucky sophomore Rhyne Howard was left off the WBCA First Team All-American list and there’s honestly no excuse for it.

Howard, the SEC Player of the Year, was missing from the list when it was announced earlier this week, which shocked everyone around women’s college basketball.

If that isn’t enough, the UK star finished second in the nation in scoring, averaging over 23 points per game. Somehow, she was only named an All-America Honorable Mention by the Women’s Basketball Coaches Association.

Kentucky coach Matthew Mitchell had a lot to say about the coaches leaving Howard off the All-America team.

“Rhyne Howard IS an All-American,” Mitchell wrote on Twitter Friday. “It has never been my style to comment on situations as this, but this is an event I cannot let pass without comment. The Women’s Basketball Coaches Association selects, through a committee, a 10 member All-American Team at the end of the season.

“The committee is comprised of 10 college coaches from around the country. To the outside observer, the fact Rhyne Howard was not considered one of the 10 best players in America this past season, is shocking. The fact the SEC POY is left off when 2 players from the SEC MADE the team is incredibly puzzling to almost anyone who follows WBB. Rhyne is not only a top10 college player, she appropriately, was selected a top5 player by the AP & top 4 candidate for Naismith PLAYER OF THE YEAR!

“I could go on and on about her qualifications and what she deserves but I want to shift focus to the opportunity that exists for Rhyne and really, all of us. I told Rhyne last night that not receiving an award, no matter how deserving, cannot diminish her amazing season.

“We cannot focus on what we perceive to be a mistake by a committee. That committee is an outlier when you look at all the awards given this season. You don’t let that bring you down. It’s perfectly appropriate to let it fuel your competitive desire & your desire to work hard. Those are positives we can take out of this. I know this about Rhyne Howard, she has an uncanny ability to turn negative to positive. Also, Rhyne, and all of us, will face tougher circumstances than being left off a team or by-passed for a job, a promotion, a pay-raise or an opportunity of any kind we feel we deserve.

“All of our backs are against the wall in the midst of the COVID-19 Pandemic. I don’t feel like any of us deserve what is happening due to this virus! People’s lives are at stake, people’s well-being in every area of life is at stake! What will we do in times of adversity? Will we succumb to negativity, hopelessness, bitterness or quitting? Or will we turn toward positivity, faith, gratitude and perseverance? I encourage everyone to embrace the latter now and always!

“In conclusion, I want to make 4 points: 1. To everyone in the Big Blue Nation and everyone around the world, please stay safe and healthy during these remarkably challenging times of COVID-19. Please let me know if I can send positive energy or pray for any difficulty you are experiencing.

“Congrats to all of the players selected to the WBCA A.A. Team. You all are outstanding players. Rhyne Howard should have been on the team. All of us at Kentucky women’s basketball; Administration, Coaching Staff, Support Staff, Players, Managers and Fans love and we would not trade her for anyone on the list! We are grateful Rhyne is a Kentucky Wildcat!!”