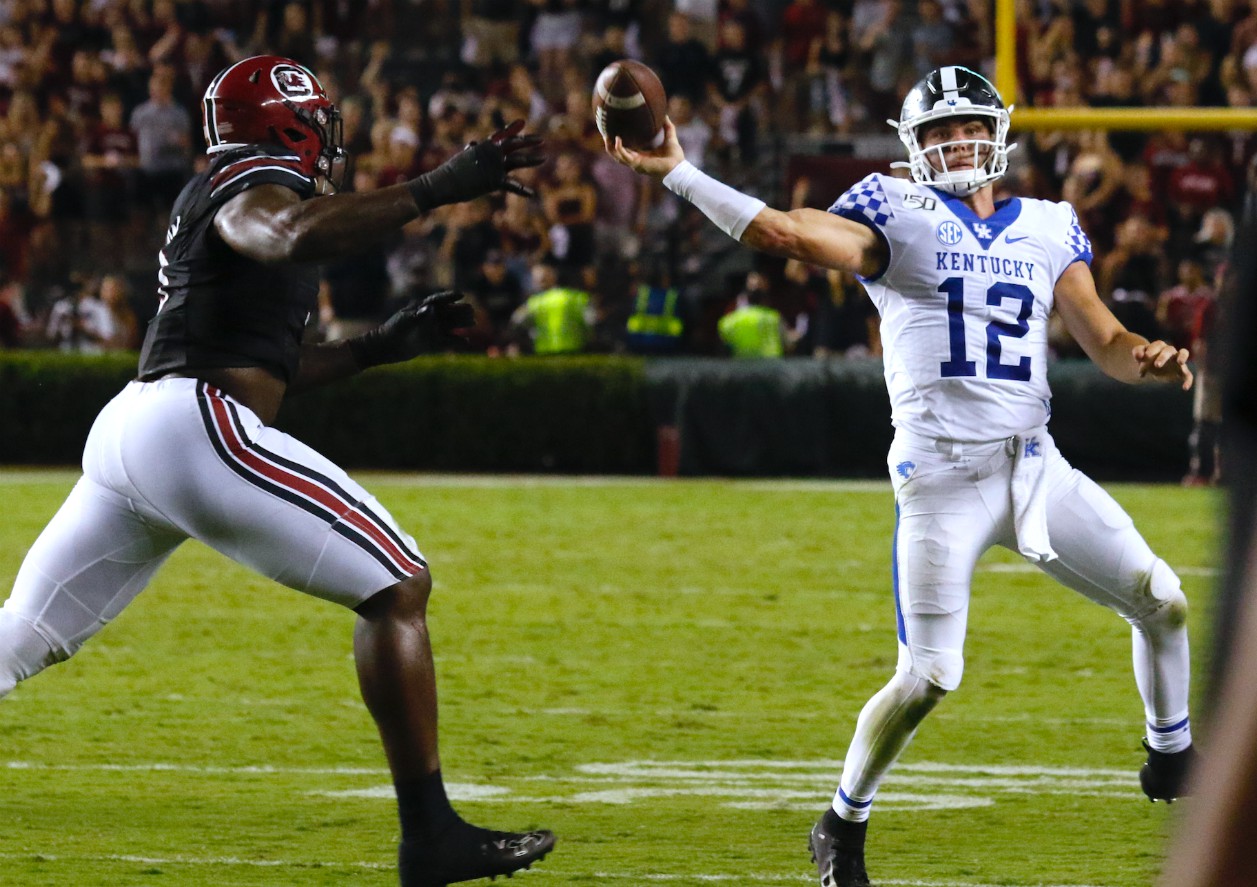 Mark Stoops took the podium Monday to discuss the Kentucky Wildcats upcoming matchup vs. Arkansas at Kroger Field on Saturday.

As you might have expected, the first topic was the health of junior quarterback Sawyer Smith, who has been dealing with an injury to his wrist and shoulder the last few weeks. Stoops said Smith took last week off and didn’t practice.

“The word I get from the trainer this morning is he [Sawyer] feels significantly better,” Stoops said. “So we’ll see. We’ll proceed with Sawyer and anticipate him being able to play this week.”

Through four games, Smith has completed 54-of-117 passes for 665 yards with four touchdowns and five interceptions. If he is unable to play, the Wildcats could turn to junior wide receiver Lynn Bowden, who spent last week preparing with the first team offense.

Kentucky and Arkansas will kickoff at 7:30 p.m. ET. on Saturday at Kroger Field with coverage on the SEC Network.

You can hear everything Stoops had to say in the video below.

John Calipari’s Statement on the Passing of Eddie Sutton

Mark Stoops Calling on BBN to Pray for Chris Oats

Mark Stoops Calling on BBN to Pray for Chris Oats

Kentucky Opens as a Favorite Over Arkansas
Kentucky and Georgia to Play on National TV; Network Still TBD