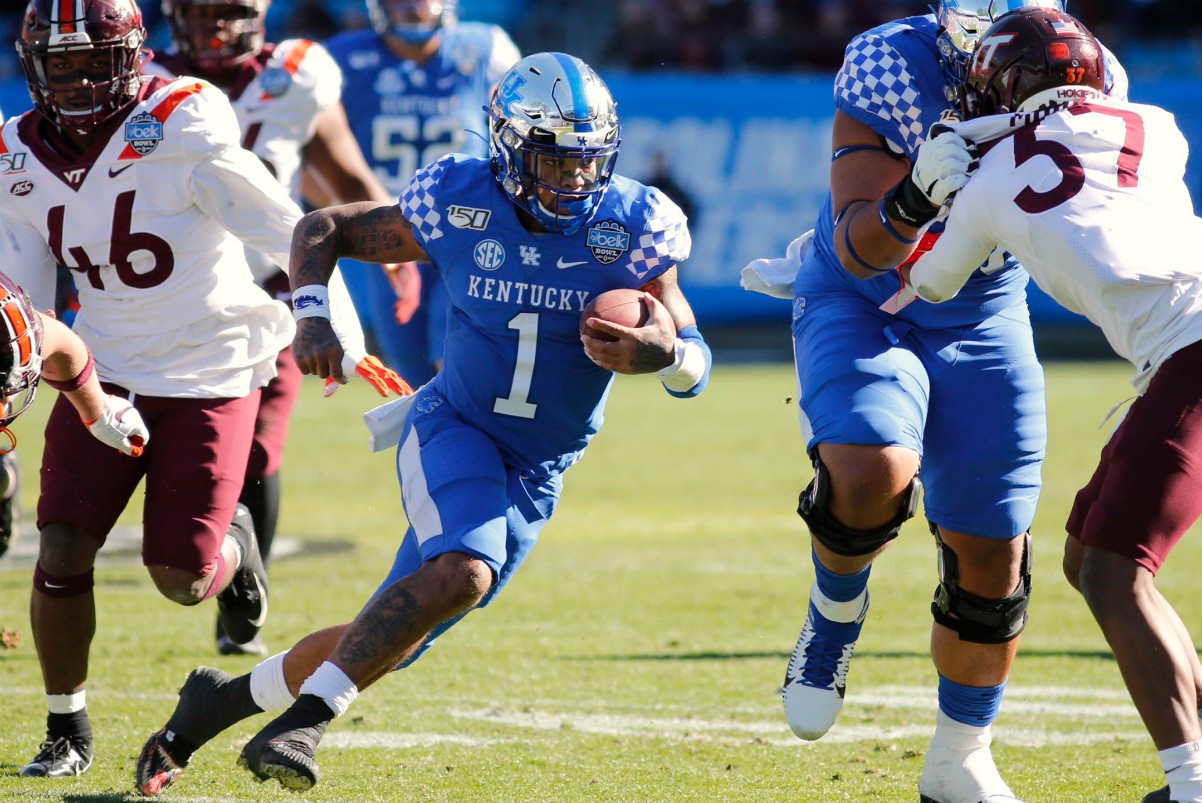 With the NFL Draft just two weeks away, Lynn Bowden is close to fulfilling his dream of playing professional football.

The former Kentucky star put on a show at quarterback last season, rushing his way to UK and SEC records while leading the Wildcats to an 8-5 finish and Belk Bowl championship.

A hamstring injury prevented Bowden from running at the NFL Scouting Combine in February. He was set to participate in the annual UK Pro Day that was scheduled for March 27th. However, due to the COVID-19 pandemic, the event was canceled.

Bowden believes the cancelation of the event actually helps his draft stock because it forces scouts to rely primarily on game film from his Kentucky career.

“I think my film speaks for itself, as humbly as I can say it,” Bowden told Paul Finebaum Tuesday. “I think it just forced them to watch the films more and with the film, I think I should be good.”

The Youngstown native is doing everything possible to stay in shape and be prepared for when football resumes.

“I’m just staying in shape. I’m just going up, running bleachers every day. I’m doing different things to perfect the craft because, at any moment, the world could go back to the way it’s supposed to and I just want to make sure I’m staying in shape so I can get my shot.”

Bowden told Finebaum NFL personnel informed him he has a good shot at being drafted somewhere in the first three rounds of the draft that is set for April 23-25.

“They’re telling me I have a good shot of going one through three. I’m just grateful to hear my name called. It’s always been a lifetime dream for me to get my name called in the draft. So I’m just ready, wherever it may be.”

Bowden was one of the most versatile players to take the field in the SEC the last three seasons. He threw, caught, ran and returned punts for touchdowns in his UK career. You can’t replace a player the caliber of Bowden, but he believes Mark Stoops has the Wildcats headed for big things.

“When I got there, it was starting the upcoming way we were going and I had to learn patience, as I said before when I was on here and I learned, the guys there, the coaches they got there, is the perfect fit for them because they’re building young men from the ground up. Just look at me. I came in immature, young-minded and now I’m just a grown man. It was just more than football that they teach at the University of Kentucky and it prepares you for life outside of football.

“All the players got to do is just buy into what coach Stoops wants to do and coach Stoops, he’s a mastermind at putting the team in the best places. Offensive coordinators and defensive coordinators, they’re going to do their thing. It’s just a matter of if they want to buy into the program. And if they buy in, they should be good. The sky’s the limit for them.”