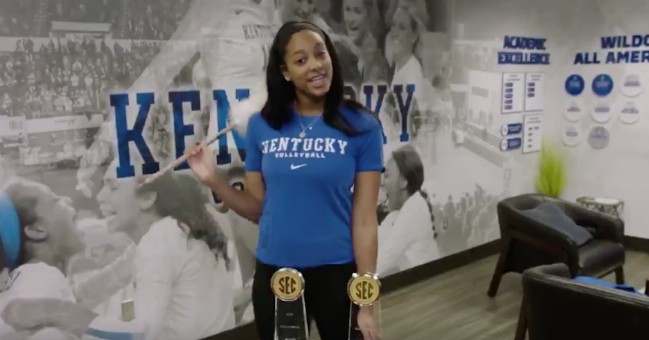 Kentucky basketball is campaigning for Nick Richards to be named an All-American this season.

On Thursday, UK launched a website for Richards and a campaign video, endorsing him to be an All-America big man when the teams are announced later this year.

There have been some good endorsements but Leah Edmond, Richards’ girlfriend, might have the best one.

The former UK volleyball star has collected numerous SEC Player of the Year and All-American honors during her career in Lexington. She says it’s time for Nick to have his own to dust.

#PickNick so he can finally have his own Player of Year and All-American trophies to dust. ?https://t.co/qqRuX5859O pic.twitter.com/rjN5cXwx2J

You have $15 to Pick your Calipari Era Starting Five

John Calipari Fully Expects Basketball to be Played in November