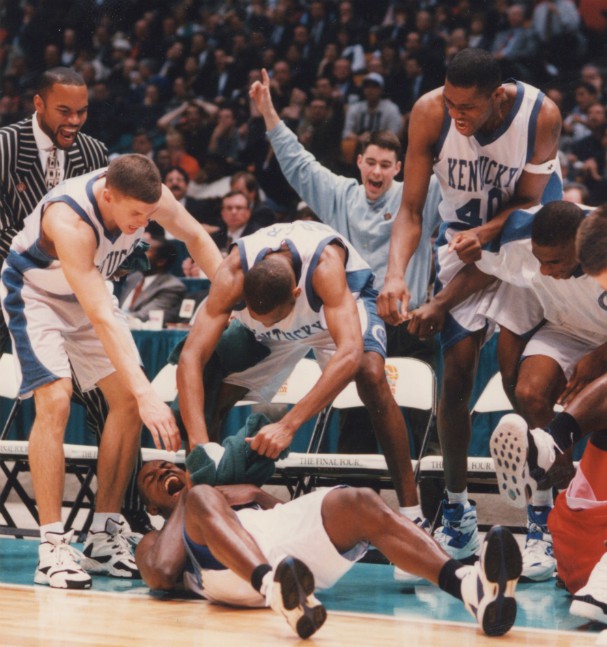 On is way to being named Most Outstanding Player of the Final Four, senior guard Tony Delk scored 24 points behind 7-of-12 shooting from three-point range. Ron Mercer exploded for 20 points off the bench to help the Wildcats cut down the nets for the first time since 1978.

You can relive the entire game in the video below.