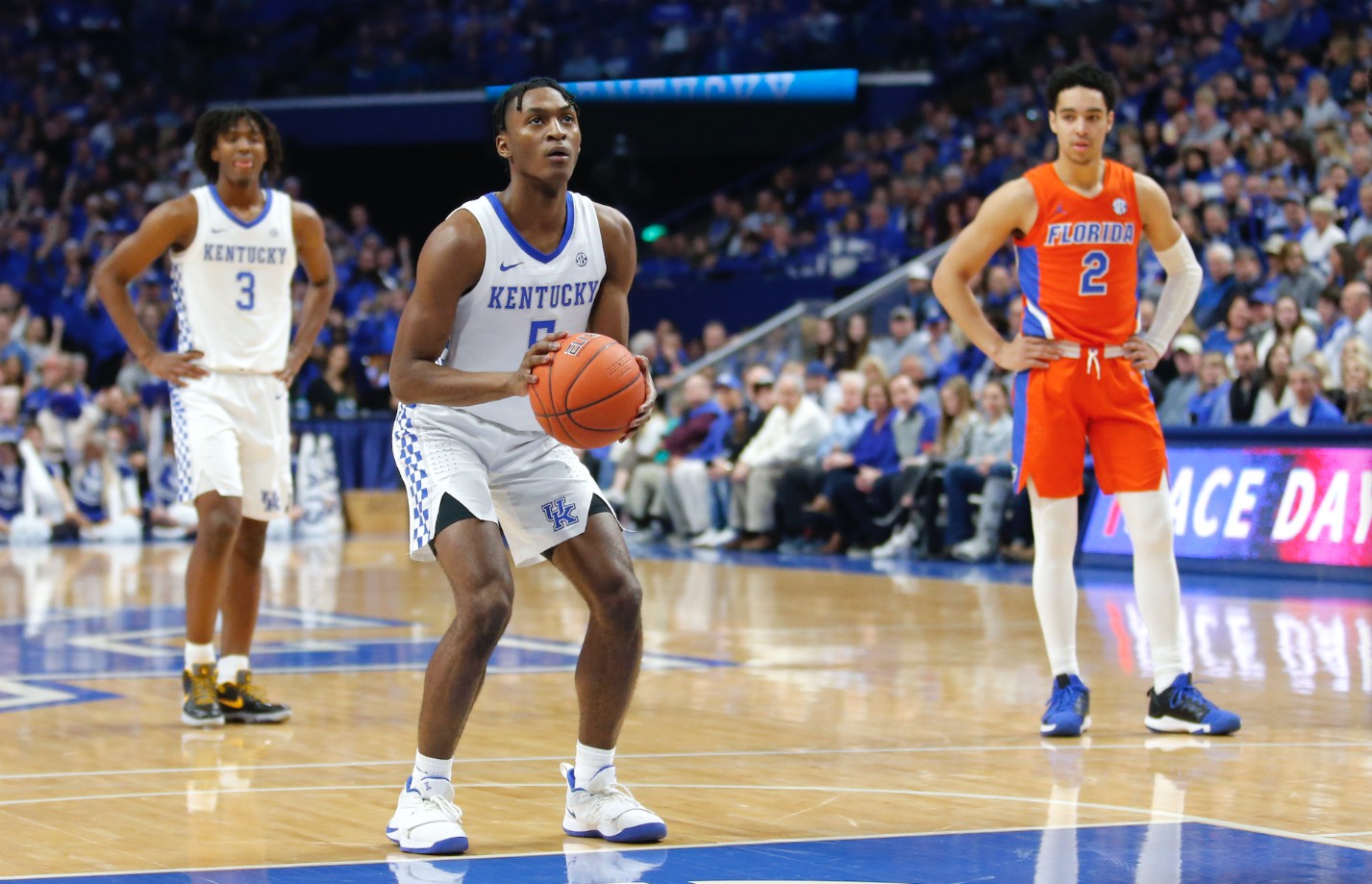 The Kentucky Wildcats were excellent at the free throw line this season and that’s what made them so successful in close games.

Elite free throw shooting isn’t something John Calipari teams are known for, but the 2019-20 Wildcats delivered. Kentucky splashed free throws at a 79.7 percent clip this season which breaks the previous school record of 77.6 percent from the 1978-79 team.

Nationally, Kentucky ranked second in free throw shooting. The Wildcats scored 24.3 percent of their points at the charity stripe and five players shot 75 percent or better (a minimum of 30 attempts).

As a team, Kentucky shot 75 percent or better from the free throw line in their final 14 games of the season.

The Wildcats made them when they mattered most. UK was 99-of-114 (86.8 percent) when it was a two possession game (six points or less) or less with three minutes or less to play in games (including overtime).

It’s unfortunate we didn’t get to see the Wildcats close out NCAA Tournament games at the free throw line.

.@KentuckyMBB set a new school standard in free-throw shooting this season. The Wildcats made 79.7% of their attempts at the line this season, crushing the previous school record of 77.6% from the 1978-79 season.

Everything John Calipari Said about the Largest Home Loss Since 1988