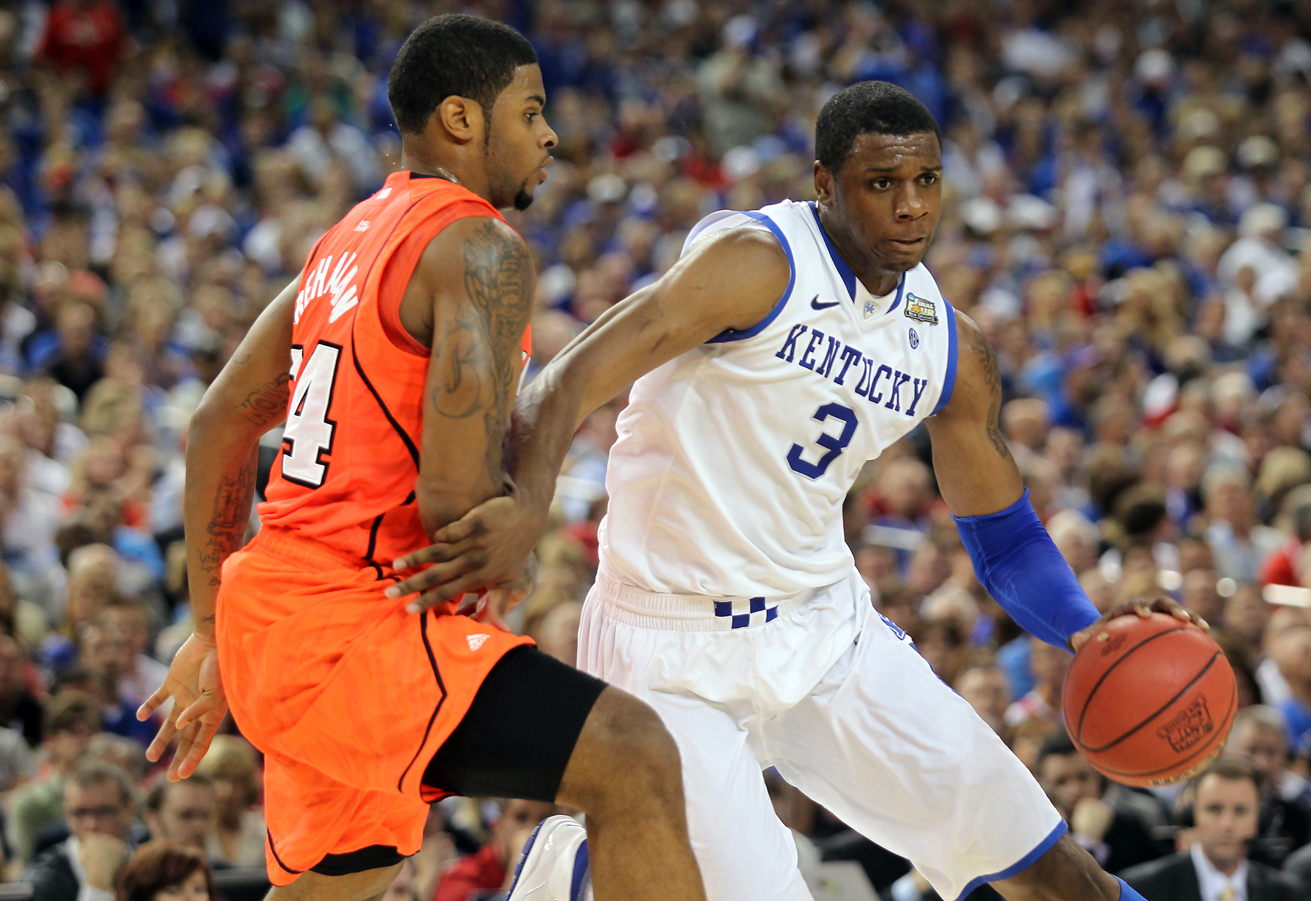 8 years ago today, the Kentucky Wildcats defeated rival Louisville and Rick Pitino in the Final Four.

You can watch the entire game in the first video below. If you’re looking for highlights only, you can find those in the second video.