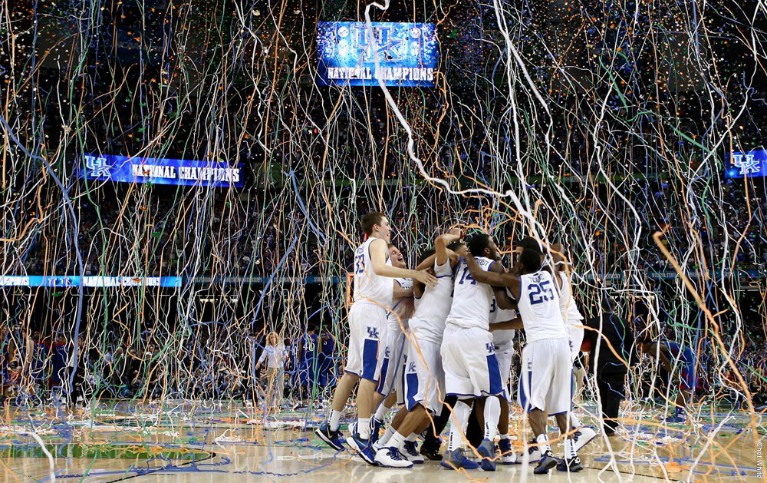 Doron Lamb led the charge offensively for Kentucky, scoring a game-high 22 points on 7-of-12 shooting, including 3-of-6 from three-point range. But it was Anthony Davis that took home Final Four Most Outstanding Player honors.

While he only shot 1-of-10 in the title game, Davis made his impact felt on the defensive end and the glass. In addition to his six points, Davis totaled 16 rebounds, 6 blocks, 5 assists and three steals.

Relive that night in New Orleans in the videos below.