Watch: Highlights of Kentucky’s Big Victory with Tom Leach on the Call 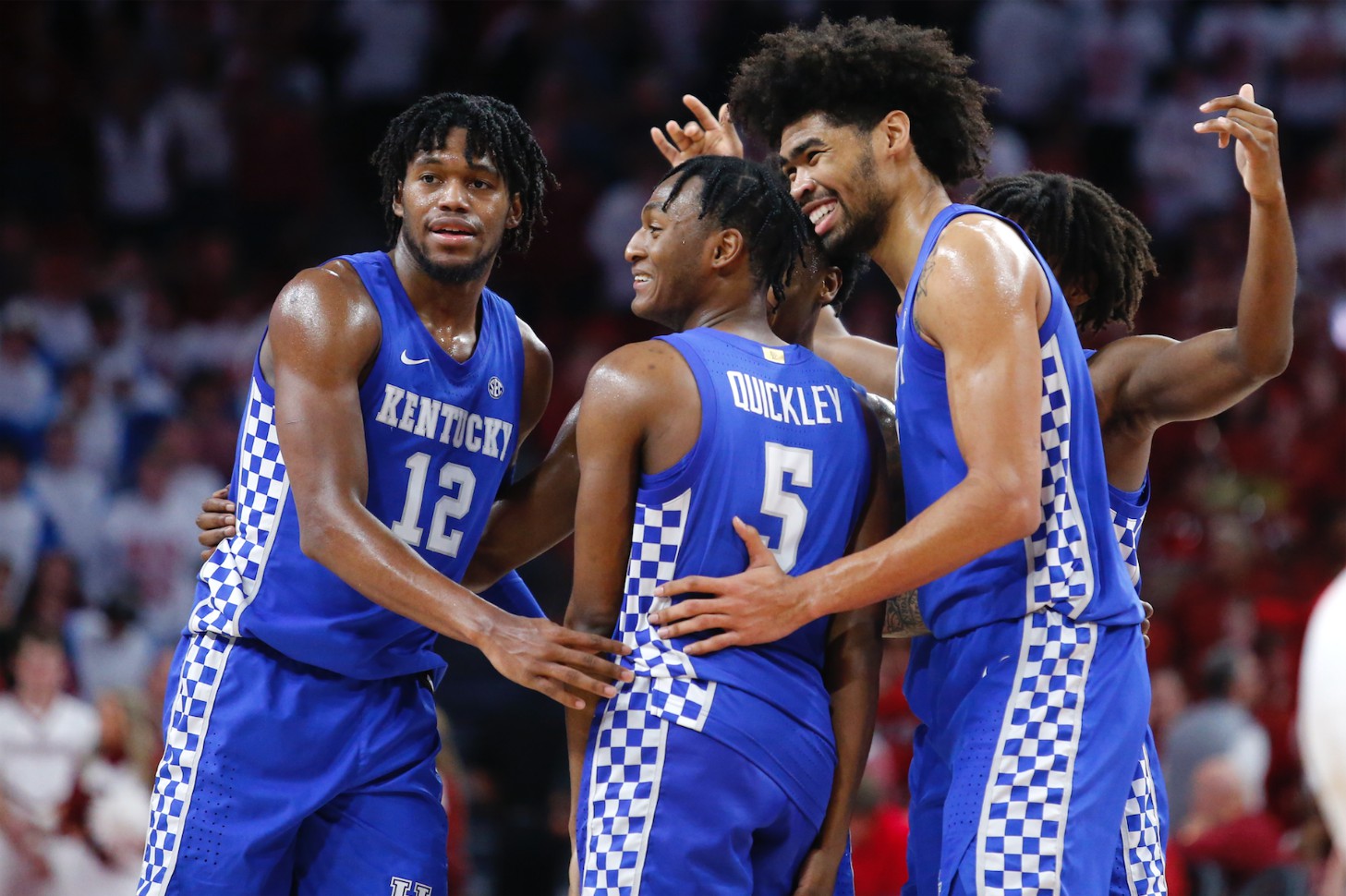 The Kentucky Wildcats bounced back from their defeat at South Carolina earlier in the week by leaving Fayetteville, Arkansas, Saturday with one of their biggest victories of the season.

After leading 36-27 at halftime, Kentucky was whistled for seven fouls in the first five minutes of the second half, including Ashton Hagans picking up his fourth with 15 minutes to play.

The momentum led to Arkansas taking the lead after John Calipari picked up two technical fouls and was ejected after arguing a call that went against EJ Montgomery.

Hagans grabbed Calipari and told him, “we got this,” according to Calipari’s tweet after the game.

Following the ejection, the Wildcats answered with a 15-0 run to take control of the game 59-49. The Cats converted free throws down the stretch to leave Arkansas with a 73-66 win.

You can relive all the action in the highlight video below.

BJ Boston was in the gym at 2 a.m. the night before leaving for Georgia