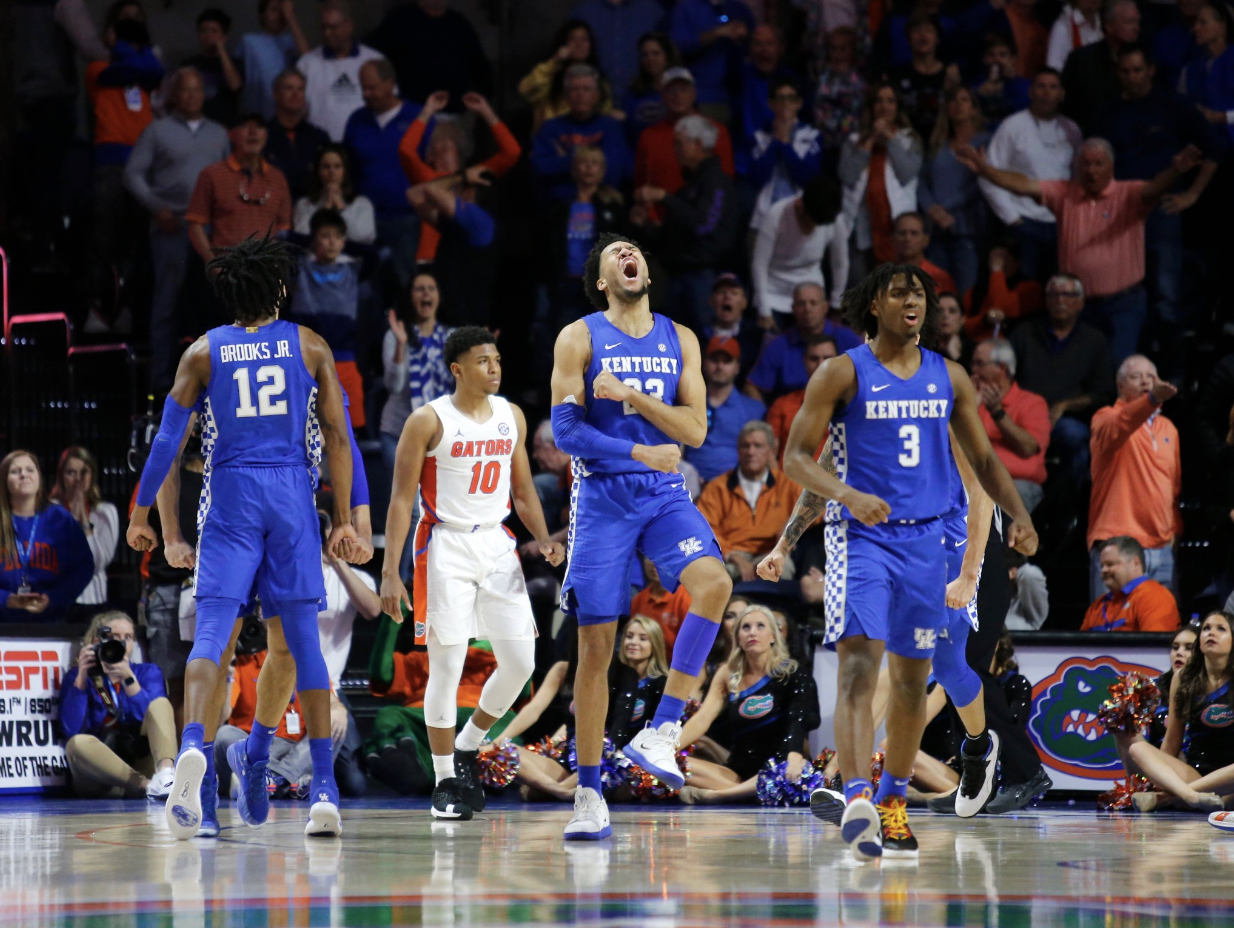 Kentucky’s win at Florida was one of the most improbable wins of the John Calipari era, given the Wildcats trailed by 18 with under 12 minutes to play.

Factor in the absence of Ashton Hagans and Immanuel Quickley fouling out with 9 minutes to play, and it’s one of the most thrilling regular season victories I can remember.

Kentucky even benefited from a rule that was the result of being burned on a similar play a year ago.

Had it not been for Kentucky’s controversial loss to LSU last season, the EJ Montgomery tip in wouldn’t have been reviewable.

Remember, Kentucky lost at Rupp Arena to LSU in 2019 on a put back by the Tigers that should’ve been called basket interference. However, at the time, officials couldn’t go to the monitor to check for basket interference, only to see if the clock had expired.

The play, that was proved to be the incorrect call by the SEC, is now reviewable in the final two minutes of games. The only way it’s reviewable is if it’s called basket interference on the initial call.

Kentucky should’ve won the game vs. LSU a year ago, but at least that rule is in place now because of that play. It all worked out for the Cats and John Calipari.

LSU with the tip-in at the buzzer to take down Kentucky ?

That's how you cap a regular season ??#NotDone #BBN pic.twitter.com/Ce3NmJt5U1

Ashton Hagans Praised Nick Richards for his Performance in the 2nd Half
Video of Ashton Hagans Surfaces, UK Releases Statement