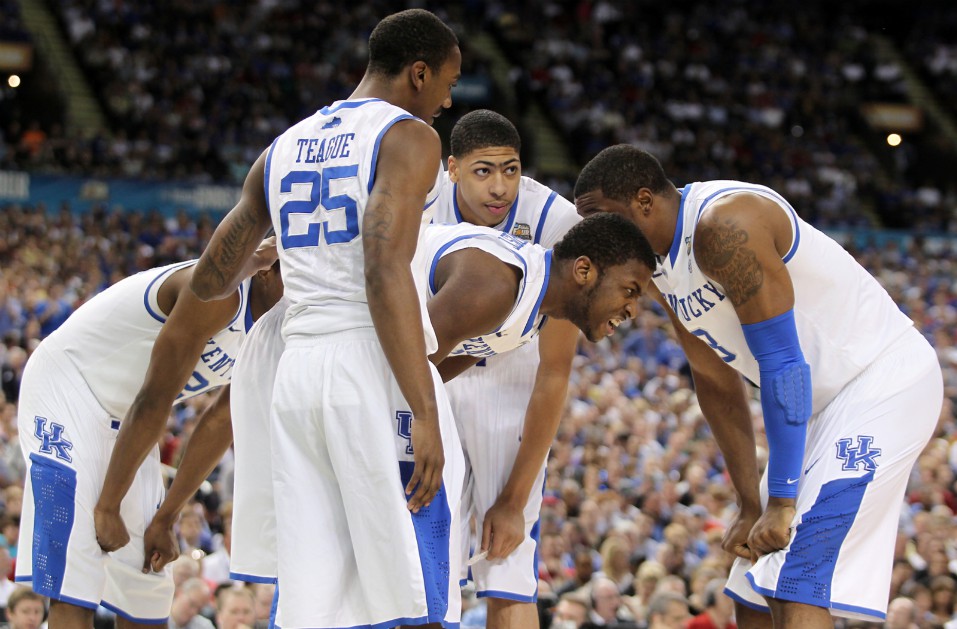 Eight years ago today (March 25, 2012), the Kentucky Wildcats secured their 15th NCAA Final Four appearance with a convincing win vs. Baylor in the Elite Eight.

The Wildcats and Bears battled at the Georgia Dome in Atlanta, Georgia.

Baylor didn’t provide much competition for John Calipari’s club. The Wildcats led by 20 at halftime and won 82-70 to advance to the their second consecutive Final Four.

In New Orleans a week later, Kentucky would defeat rival Louisville in the semifinal and Kansas in the title game to claim the programs 8th NCAA Title.

The video below isn’t the best quality. I apologize, I couldn’t find good quality video of that game on YouTube.