Watch: John Wall was Introduced to the Rupp Arena Crowd 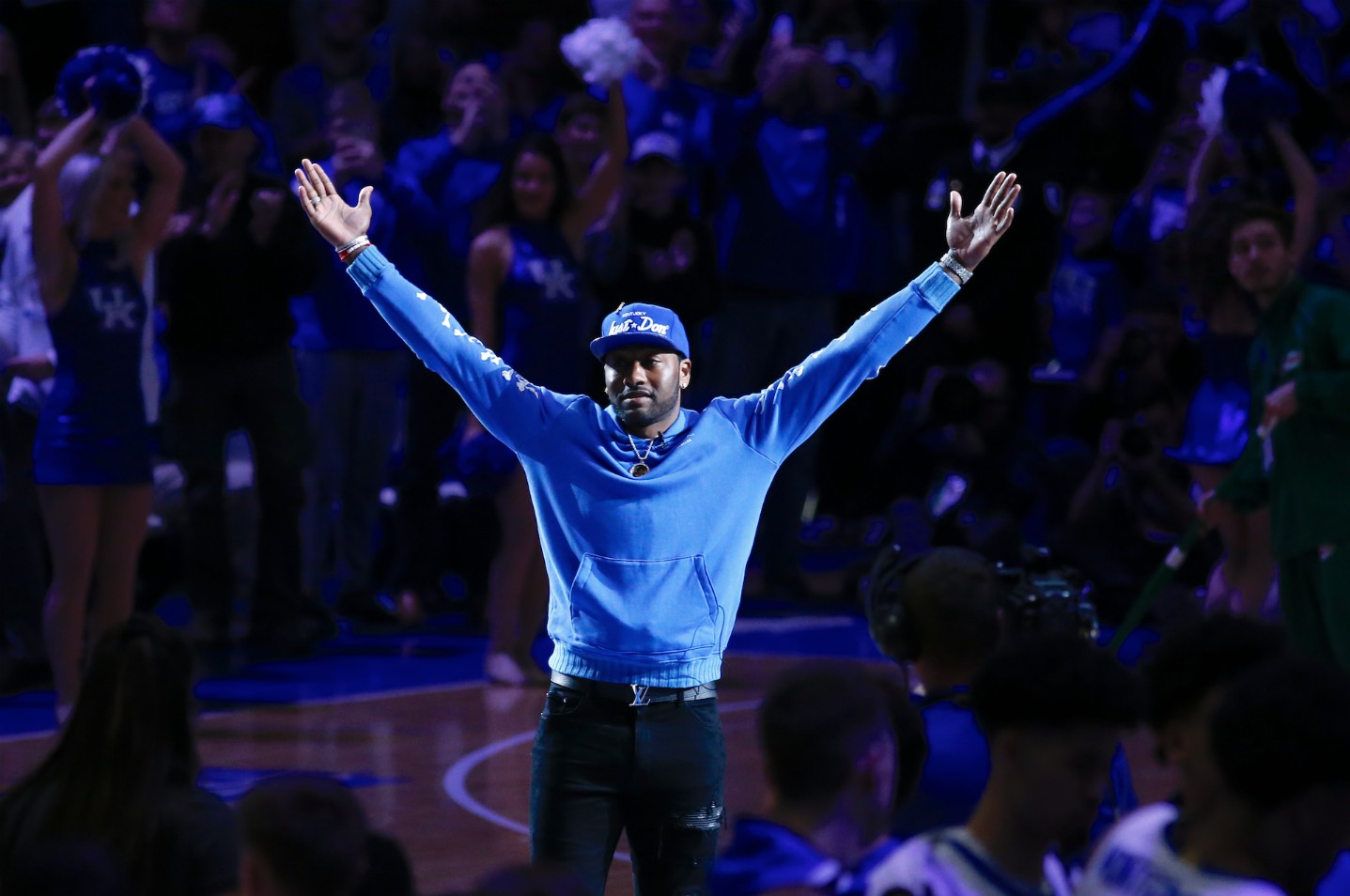 NBA star John Wall was in attendance for Kentucky’s 65-59 win vs. the Florida Gators Saturday night at Rupp Arena.

The former Kentucky Wildcat was introduced to the crowd during the second half when he made an appearance as the Y in the traditional spelling of Kentucky.

The Rupp Arena crowed roared for the former No. 1 draft pick and UK Athletics Hall of Fame member.

John Wall is the Y for today’s game pic.twitter.com/g3x5z1GTTh

Do the John Wall pic.twitter.com/VnDaPyE3rr

Everything John Calipari Said about Kentucky’s Win vs. Florida
Immanuel Quickley is Playing Like the SEC Player of the Year