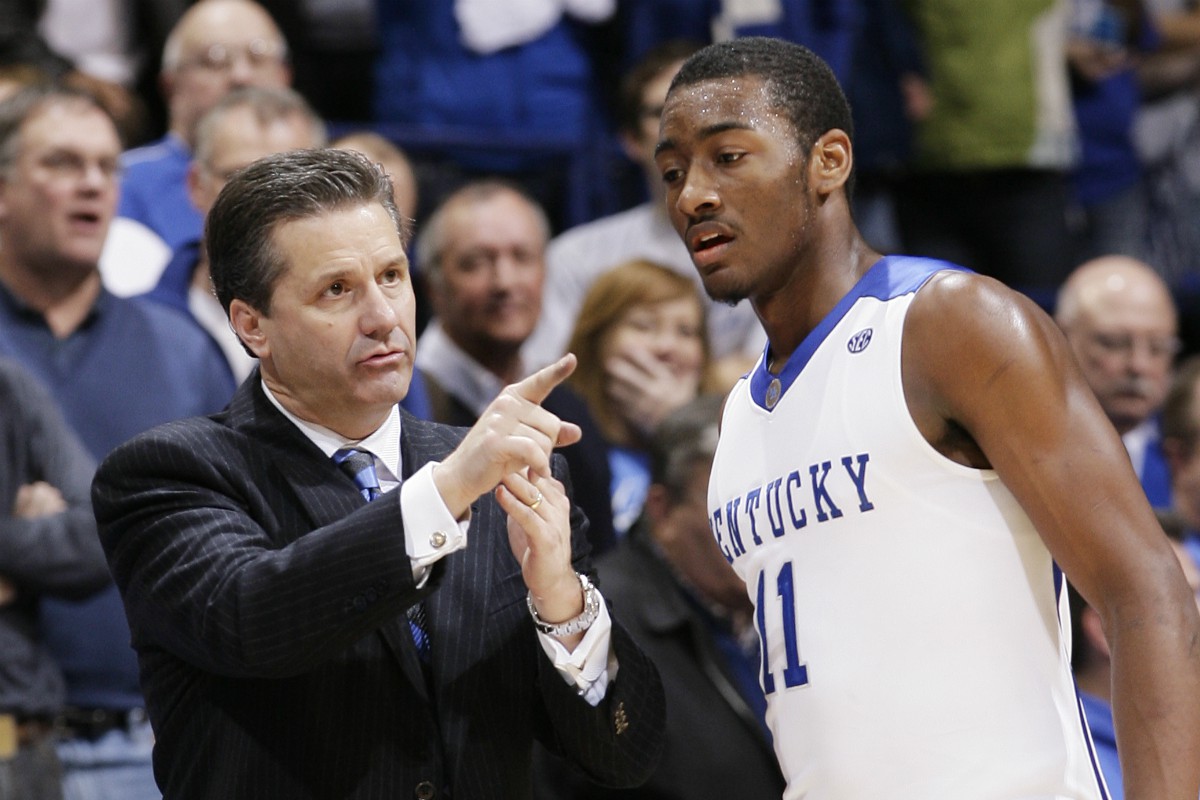 Wall recently reflected on his time at Kentucky with Evan Daniels of 247 Sports. In a video interview with Daniels, Wall explained that he almost didn’t go to Kentucky when Calipari left Memphis for Lexington.

”He called me and told me he was about to change and I was like, ‘That’s fine, I like Kentucky anyway, I loved everything about their fanbase when I took a visit there,’” Wall said. “I took a visit there when Billy Gillispie was there, I loved everything about it. I just didn’t want to play with coach Gillispie so I’m like, ‘I’m going to go play at Memphis where Cal is.’ And he called me and I was like, ‘perfect, I don’t even have to take a visit, I already know the atmosphere, I already know how it goes.’”

Wall says he would’ve signed with Miami had Calipari brought five-star forward Xavier Henry to Kentucky with him.

Henry ultimately went to Kansas and everything worked out for Kentucky with Wall, Eric Bledsoe, and DeMarcus Cousins.

The reason Wall and others didn’t want to play with Henry is because he wasn’t willing to sacrifice the way Wall and his Kentucky teammates did.

”I was playing with Xavier and Xavier was a talented player but he was just shooting the ball so much, so mad he wasn’t getting the ball, I called Cal up and was like, ‘‘Cal when you switch to Kentucky, if he’s coming, I promise I won’t go.  I told him that straight up. I told him I can’t go because I was like me, DeMarcus, E-Bled [Eric Bledsoe] and all of these guys are about to sacrifice and he has to sacrifice, we’re not going to get a lot of shots. We all are used to averaging over 25 or more on our team and we’re not about to be like that and I don’t think he could buy into that.”

You can watch the full video below.