John Calipari thanked the BBN for stepping up during Louisville win 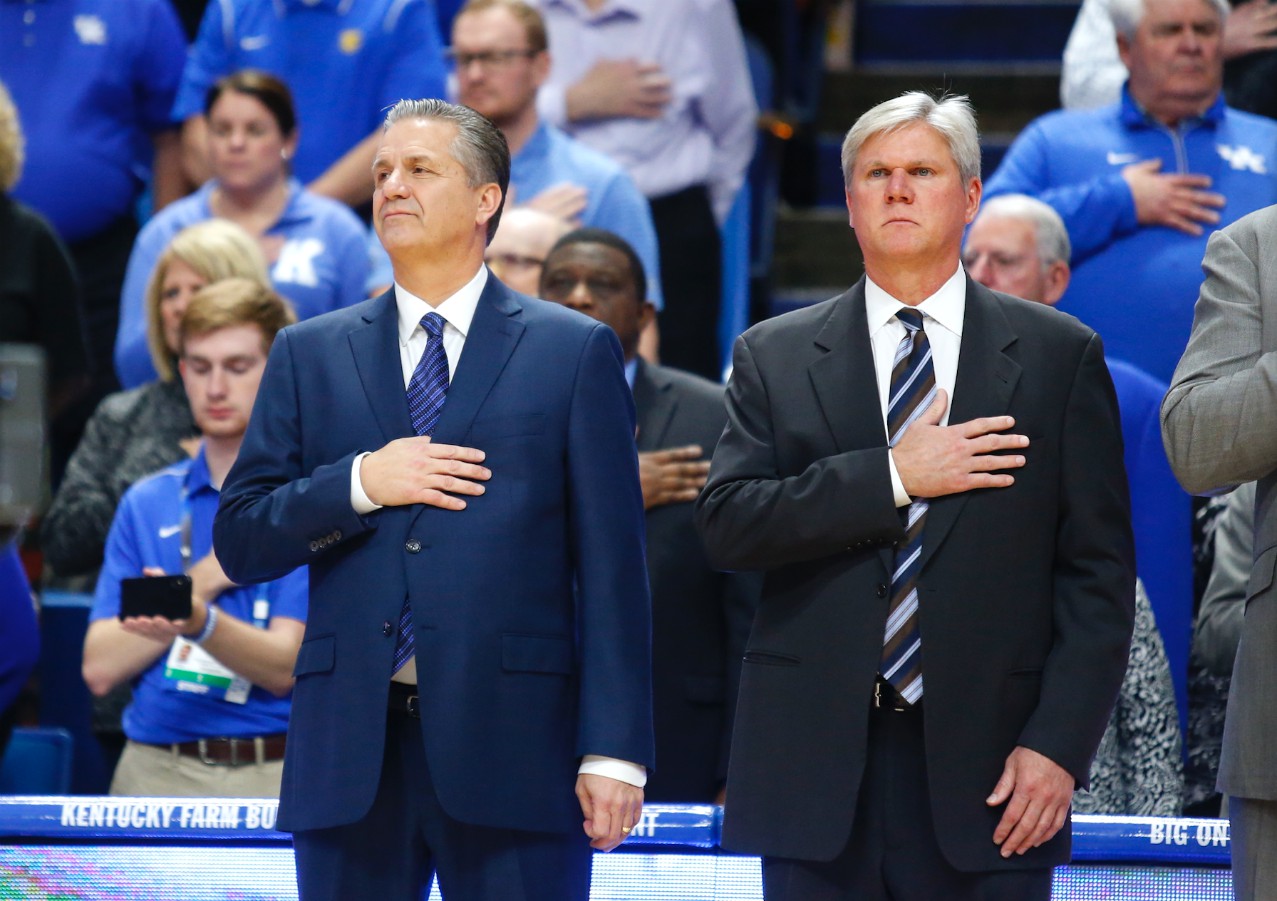 The Kentucky Wildcats secured their biggest victory of the 2019-2020 season when they defeated the third ranked Louisville Cardinals at Rupp Arena on Saturday.

The win ends a two game losing streak for the Cats and propels them into SEC play with some much needed momentum.

Kentucky head coach John Calipari looked at Saturday’s win as a reward for how hard his team has worked over the holiday break.

“And when you start doing the stuff that we’re doing, two-a-days and come back on Christmas Day, you got to have some reward or it’s like, why are we doing this? So that, for me, that’s what this was,” said Calipari.

At one point late in overtime, Calipari encouraged the crowd to stand up and cheer. On that possession, Nick Richards got a huge offensive rebound and foul to tie the game. Calipari made sure to thank BBN following the game and has a message for them moving forward.

Great job by our fans stepping up when we needed them! It made a big difference in the game today and I might call on the BBN a few more times in the future! pic.twitter.com/DiD5kapNhc

Tyrese Maxey had a Career Night in the Win vs. Louisville
Tom Leach’s Call of the Ashton Hagans Steal/Dunk is One of his Best