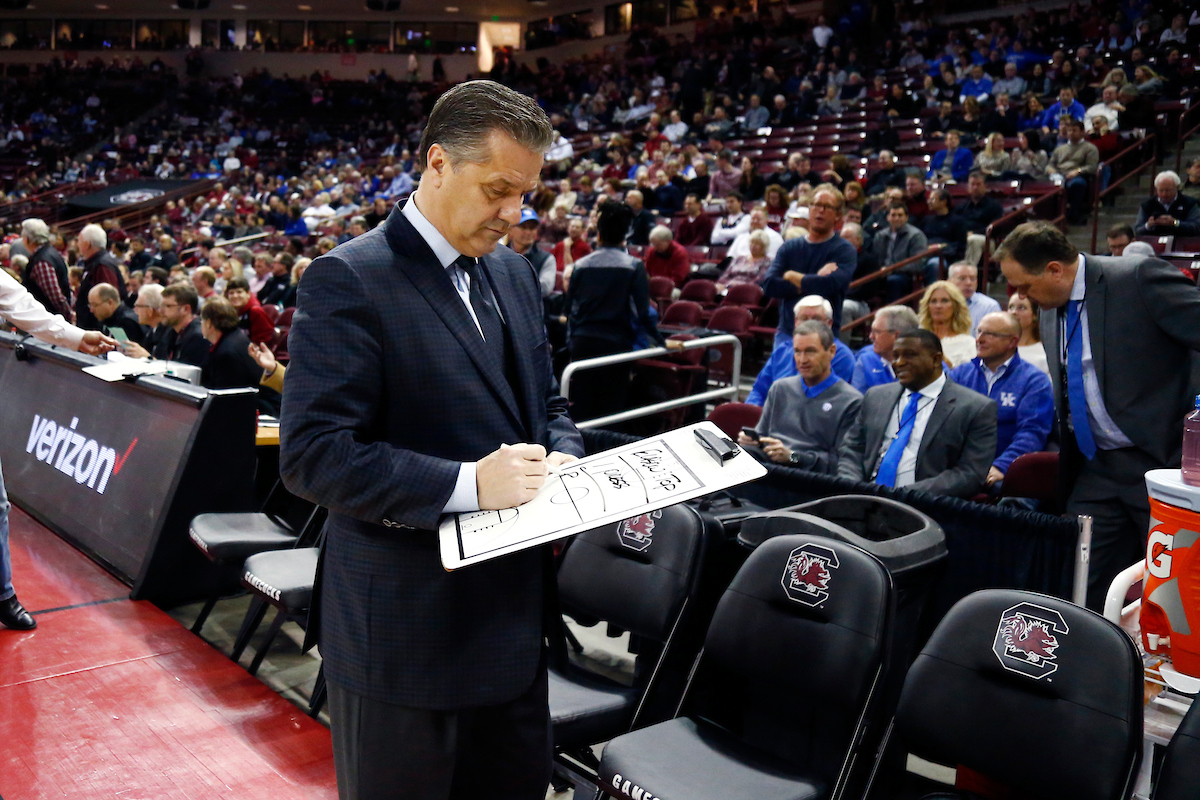 The UK coach discussed a lot of topics with Alyssa Lang, Laura Rutledge, Tim Tebow and Marcus Spears of the SEC Network.

Spears asked Calipari the question Big Blue Nation has been asking since the season came to an end. What were the NBA conversations like with the players?

“Before they left, I had individual meetings with each player and I had the staff in there. I wanted everybody to hear it together,” Calipari said. “We just did a Zoom (video chat) call yesterday with my entire team, to try to keep touching base with them, but the reality of it was five of them have put their name in the draft.”

That’s an interesting quote from Calipari saying, “five of them HAVE put their name in the draft.” With Johnny Juzang in the transfer portal, Nate Sestina parting due to graduation and Dontaie Allen returning from injury, that leaves six scholarship players with eligibility to return to Kentucky next season.

While Calipari said five have declared, we still have to wait on those players to announce decisions individually. Kentucky always allows each player to have their individual moment.  That doesn’t mean guys won’t elect to remove their name and return to Kentucky next season. All of them will have that option if they choose to do so and with the uncertainty around the NBA draft, one or two may decide to play another year of college basketball.

“We’re trying to figure out how with the draft moving, do they have the ability to come back to college maybe at a later date than normal? I’m even saying what if they go through the draft and don’t get drafted, let them come back to college. This is uncertain times right now. The NBA doesn’t know when they’re going to have a draft.”

You can watch Calipari’s segment on the show below. The UK coach is the first guest interviewed.