Immanuel Quickley is Playing Like the SEC Player of the Year 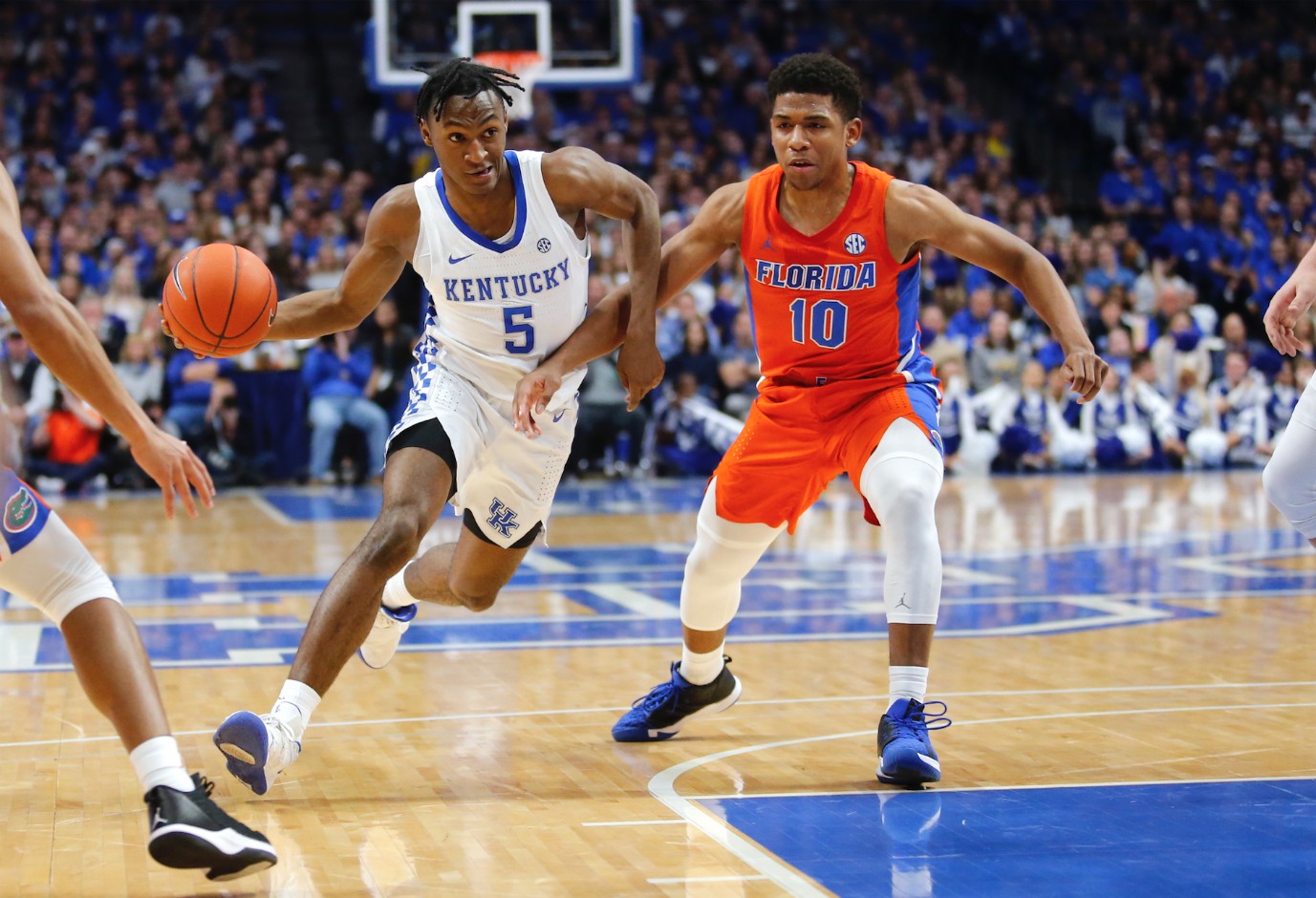 LEXINGTON, Ky – Immanuel Quickley should be the front runner for SEC Player of the Year. He’s the best player, on the best team in the league. How could anyone suggest another player at this point?

While the idea started being tossed around after a solid performance on the road at Vanderbilt two weeks ago, he should be at the front of the pack in voters eyes after a career performance vs. the Florida Gators Saturday night at Rupp Arena.

In the Wildcats 65-59 victory, the UK sophomore torched the Gators with 22 of his career-high 26 points in the second half.

Even though Quickley has been the most consistent player in the SEC this season, averaging 18.3 points per game vs. league opponents, there hasn’t been much of a discussion for the 6-foot-3 guard to be named SEC Player of the Year. Even John Calipari believes it’s time.

The Harve De Grace, MD., native knocked down 8-of-17 shots on Saturday, including 4-of-6 from three-point range and a perfect 6-of-6 at the free throw line.

During the Wildcats six game winning streak, Quickley is averaging 20.1 points per game. Saturday’s performance is the seventh time he has scored 20-points or more this season, five of those coming in the last nine games.

“God’s been good, it’s all Him,” Quickley said. “But my teammates do a great job of finding me especially in transition. This team has been great, we have a lot of fun and that keeps us going. I remember Coach Calipari saying to the team, ‘Raise your hand if you are in the 25+ club,” and everyone looked at me like you haven’t had 25 points yet? It happened really quick; I wasn’t pressed to get it, but it just happened.”

Kentucky has two worthy candidates for SEC Player of the Year in Quickley and Nick Richards. Regardless of who wins it, it’s not a bad thing to have two players in the discussion. Most teams are lucky if they have one.

While his offense was outstanding, Florida coach Mike White praised Quickley’s defensive effort which shows the all around player he is for the Wildcats.

“He was fantastic. He was the best player on the floor,” said Florida coach Mike White. “I thought he did a great job finding space, searching. They did a good job finding him. Hit huge shots and complimented that with terrific defense on the perimeter. I thought collectively they all guarded. Their perimeter players in particular defended the three at a high rate and really did a good job, I think, led by him on Noah Locke.”