Immanuel Quickley had one individual goal this season; be a starter 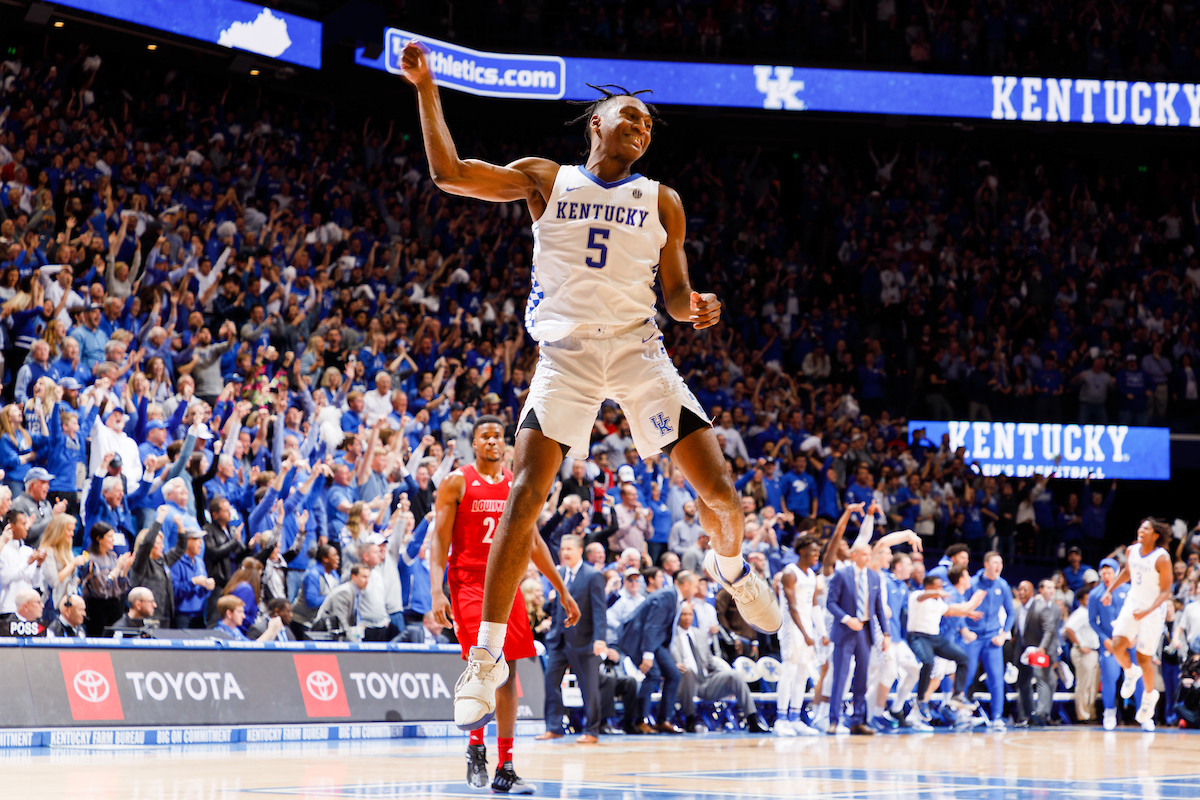 Calipari told stories we had all heard the last two weeks since the NCAA Tournament was canceled due to the COVID-19 pandemic, but there were also some stories we had never been told.

One topic was sophomore guard Immanuel Quickley and his individual story this season. Quickley went from coming off the bench to SEC Player of the Year and numerous national honors.

“On his mirror in his bathroom in the Lodge, his goal for this year was to be a starter,” Calipari said. “From that he became Player of the Year voted on by the league coaches who had to play against him. Player of the Year in our league.”

The UK coach went on to say Quickley is one of the best and hardest working kids he has ever coached. A video of Calipari’s press conference will be posted later today.

Six years ago today, Kentucky shocked undefeated Wichita State
Kentucky’s game vs. Michigan in London is “up in the air”