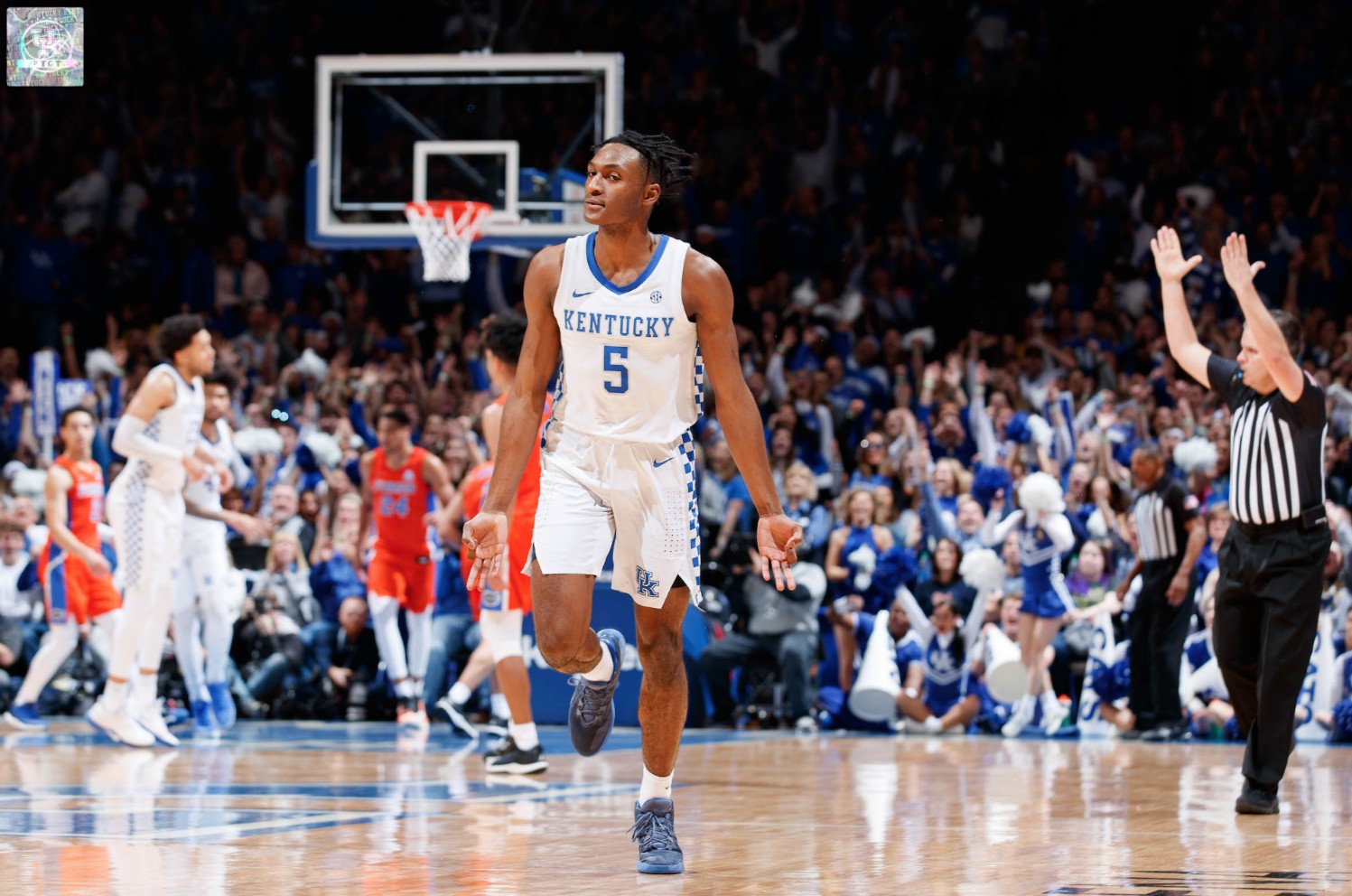 Immanuel Quickley has developed into a star for Kentucky this season and is in the discussion for SEC Player of the Year.

The UK guard is averaging 18.3 points per game vs. league competition this season and is fresh off a career-best 26-point performance in the Wildcats 65-59 win vs. the Florida Gators.

Quickley was overshadowed by Tyler Herro, Ashton Hagans and Keldon Johnson during his freshman season, where he averaged 5.2 points per game.

There was never any truth to it, but some people thought Quickley would transfer at the end of last season, especially if he didn’t see a place for him with Hagans returning and five-star freshman Tyrese Maxey joining the team. However, he committed to the process and developed to be one of the best scorers in the country. In other words, Quickley became so good it didn’t matter who is on the roster.

During Kentucky’s six game winning streak, Quickley is averaging 20.1 points per game. Saturday marked the fifth time in the last nine games he has scored 20+ points.

“God’s been good, it’s all him,” said Quickley. “But my teammates do a great job of finding me especially in transition. This team has been great, we have a lot of fun and that keeps us going.”

Following the game, Quickley tweeted about the talk of him transferring after last season and that he followed God’s plan. Thankfully, he did.

Lol They told me I would transfer #GodsPlan ?? https://t.co/VQVpdfItFs