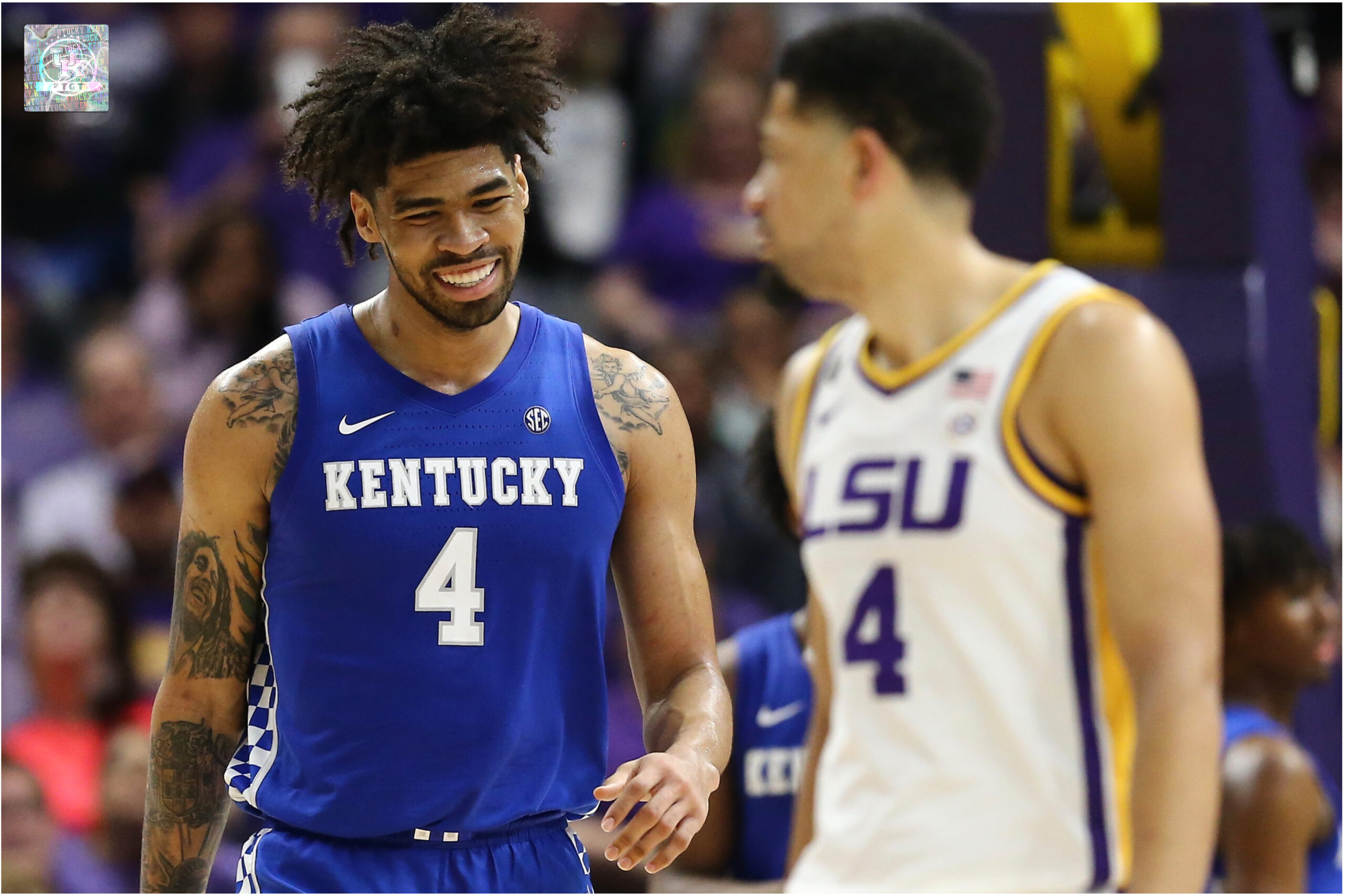 The Kentucky Wildcats inched closer to an SEC regular season championship with a 79-76 road win at LSU Tuesday night.

Sophomore guard Immanuel Quickley led the way again for the Wildcats, scoring a game-high 21 points on 7-of-12 shots, including 2-of-4 from three-point range. Quickley did more than make shots for the Cats, adding six assists, four rebounds and three steals.

Below are highlights from Kentucky’s win vs. LSU with Tom Leach on the call.

Highlights from our fifth win in a row on a late Tuesday in Baton Rouge ??#BBN #TGT pic.twitter.com/RVgyYlydv0

Update: Ashton Hagans Suffered a Left Thigh Injury in the 2nd Half
What Led to Nate Sestina’s Breakthrough at LSU? A Book from Coach Cal