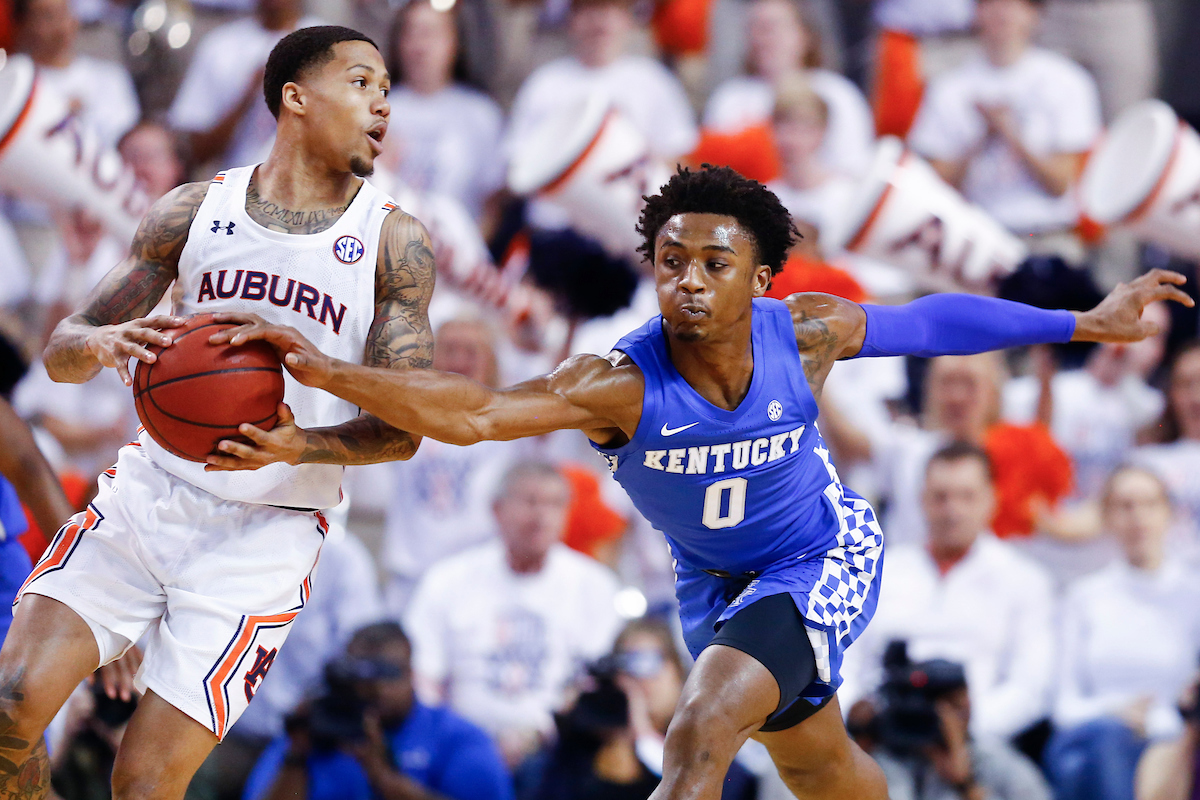 While it sounds like Nick Richards will take the floor when Kentucky takes on Florida tomorrow night at Rupp Arena, there’s growing concern that Ashton Hagans might not be able to play.

The sophomore guard suffered a left thigh contusion with about 8 minutes to play in Kentucky’s win at LSU earlier this week. He didn’t return to the game after leaving the floor.

While there were positive reports earlier this week that Hagans would be fine and not miss time, it sounds like the bruise is deep and causing some discomfort, according to what Kyle Tucker of The Athletic is being told.

John Calipari said Hagans and Richards are day-to-day ahead of tomorrow’s matchup with Florida.

Neither he nor Nick practiced yesterday,” Calipari said. “They’re day-to-day. Both of them.”

Kentucky is already thin, only playing eight guys each game. Losing Hagans would give the Cats a small margin for error or foul trouble against the Gators. We will see what happens.

Having talked to some folks, I’d expect Nick Richards (ankle) to play tomorrow but think there’s some legitimate concern about whether Ashton Hagans (thigh) can go against Florida. Still limping pretty bad. Imagine he’ll want to and try to play, but Cal might play it safe.

Kentucky’s NCAA seeding wouldn’t take a massive hit losing to the Gators, but it would losing to Texas A&M on Tuesday, so you want Hagans healthy for that one. Apparently, damn near his entire thigh is one giant, deep bruise. https://t.co/qEJaCunWlg