Update: Ashton Hagans Suffered a Left Thigh Injury in the 2nd Half 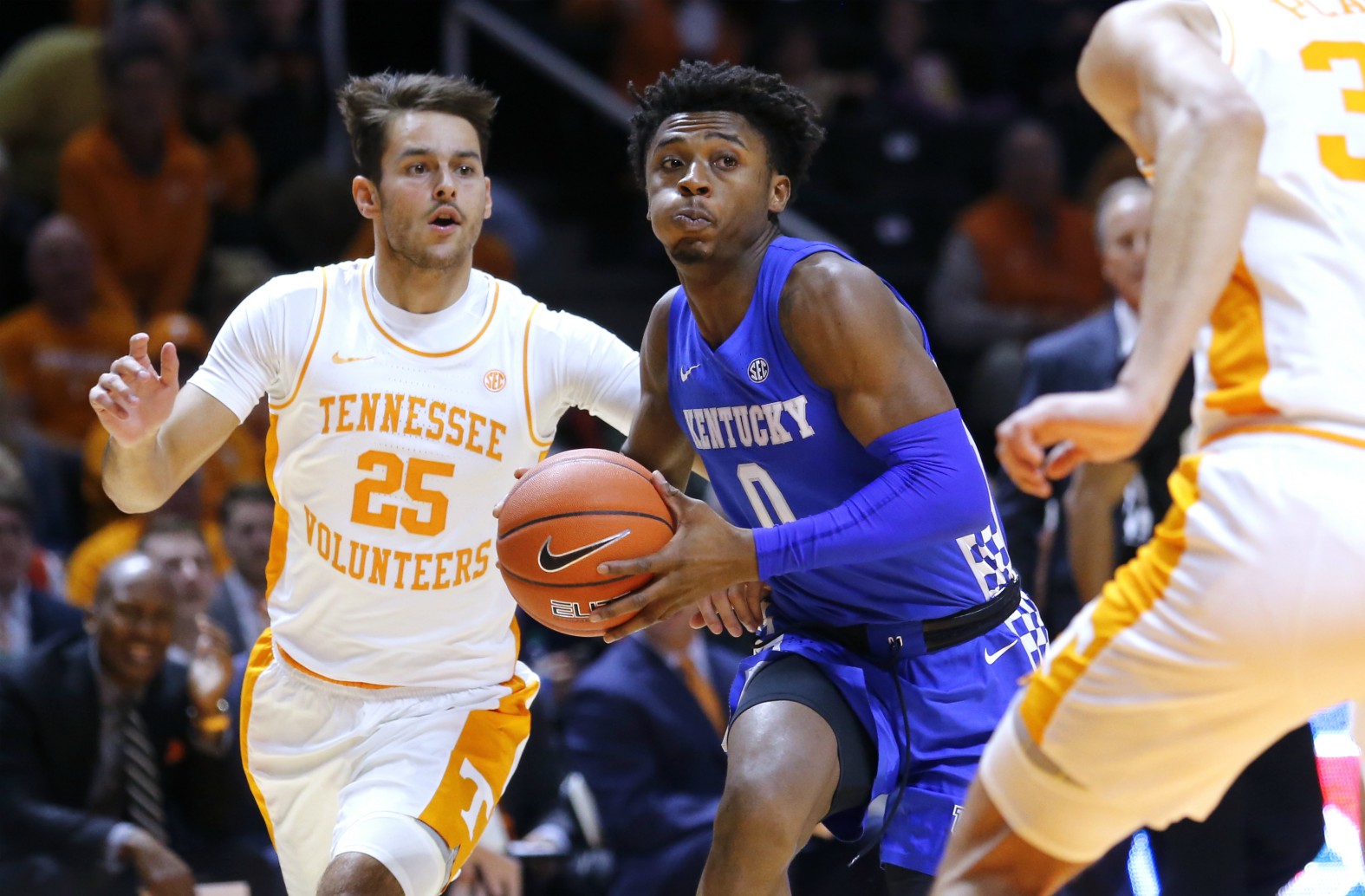 Kentucky sophomore guard Ashton Hagans was injured during the second half vs. LSU.

Following a media timeout, Hagans checked himself out of the game and immediately walked off to the Kentucky locker room.

Kentucky provided an update, saying that Hagans suffered a left thigh injury and is being evaluated in the locker room.

Stay tuned for postgame coverage from Baton Rouge and hopefully an update on Hagans.

.@H23Ash has suffered a left thigh injury and is being evaluated in the locker room. His return is uncertain.

UPDATE: Ashton Hagans will not return to the game after suffering a left thigh contusion.

.@H23Ash will not return to tonight's game with a left thigh contusion.

Hagans is back on the UK bench pic.twitter.com/svZ8EcONsT

Nate Sestina Reaches Career Milestone During First Half at LSU
Highlights of Kentucky’s Win vs. LSU with Tom Leach on the Call