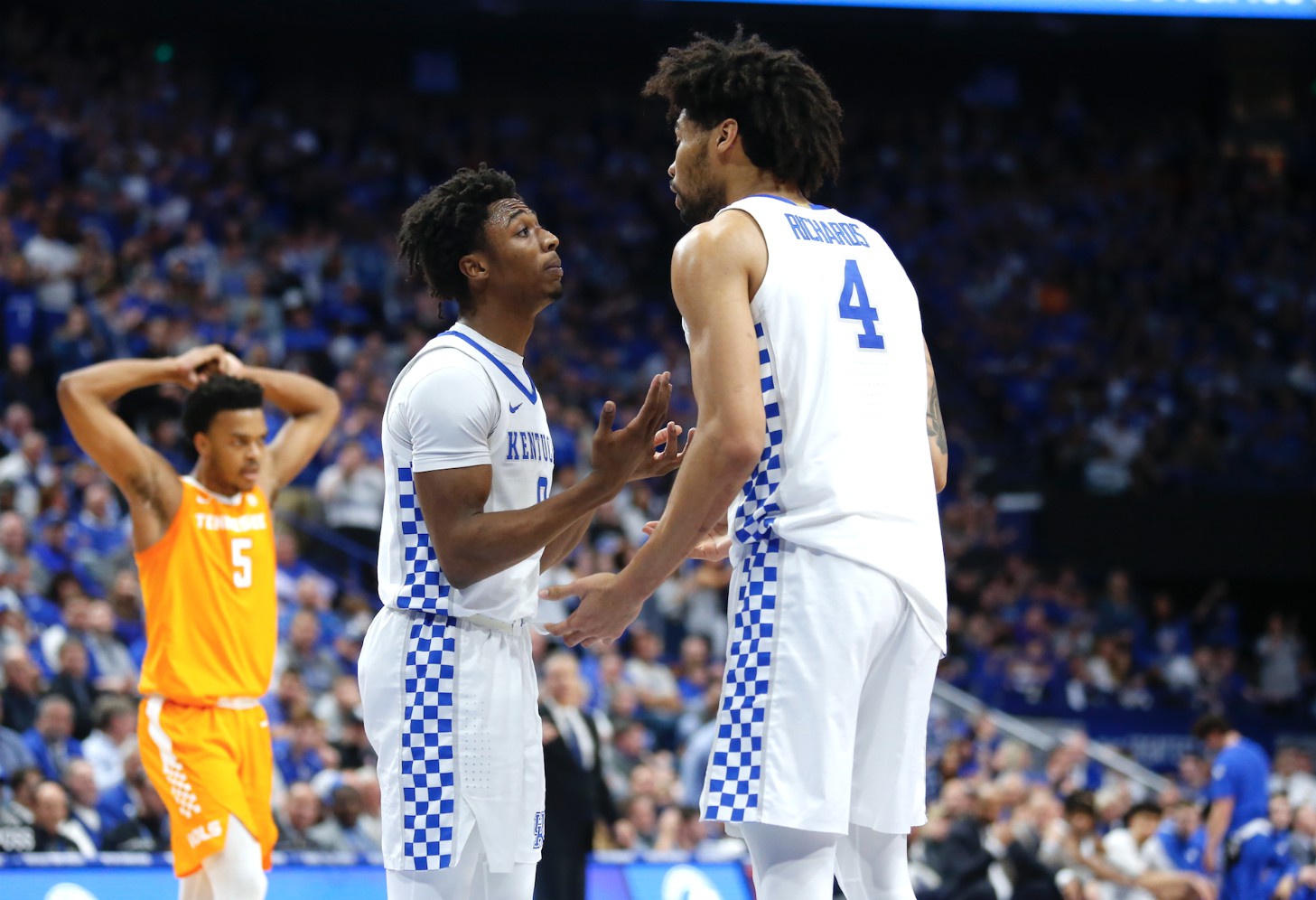 Tuesday night was a bad night all around for the Kentucky Wildcats, who blew a 17-point second half lead in a loss to Tennessee.

While the loss is bad news, the bigger concern is the reports of Ashton Hagans refusing to check back in the game in the second half when John Calipari tried to make a substitution with 15 minutes remaining.

Whatever was going on even spilled onto the court in the second half. Mark Mahan caught an exchange between Hagans and Nick Richards. This was after Hagans tried to take the ball from Richards after a rebound that led to a turnover.

A fan called into the Kentucky Sports Radio postgame show last night and said he witnessed the exchange between Hagans and Calipari on the bench. The caller said Calipari told Hagans, “Either you go back in or go to the locker room.”

The sophomore guard checked in with 14:41 to play in the second half and played the rest of the game.

Matt Jones said on KSR Wednesday morning that someone close to the program confirmed what the caller to KSR said and Rivals’ Jeff Drummond, who sits on the floor as a photographer near the UK bench, posted on the Cats Illustrated message board that Hagans got into it with strength and conditioning coach Rob Harris.

Something changed after the first five minutes of the second half and body language was bad all the way around, not just with Hagans.

It will be interesting to see what happens moving forward. Kentucky better regroup quickly with only one regular season game remaining before postseason play.

Look: This is how Keion Brooks Handled the Loss to Tennessee
Kentucky Fan Apologizes for Directing Racial Slur at Tennessee Fan