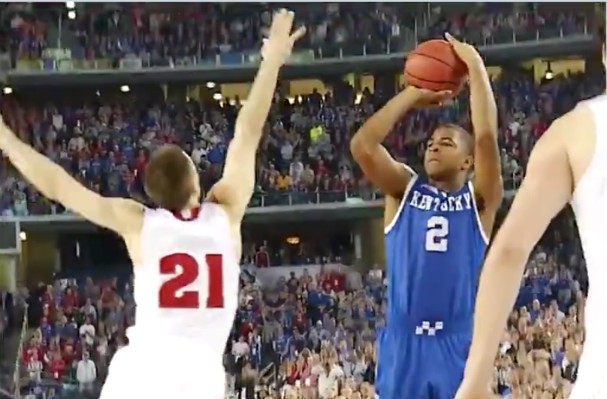 Six years ago tonight, Aaron Harrison hit one of the biggest shots in Kentucky basketball history.

On April 5, 2014, Harrison’s late three-pointer vs. Wisconsin gave the Wildcats a 74-73 win vs. the Badgers in the national semifinal.

The shot was the third game winning three-pointer in three games by Harrison. Take a look back at that night below.

Father says sophomore Keion Brooks Jr. would be “a beast”
Quickley and Richards had Supportive Messages for Hagans