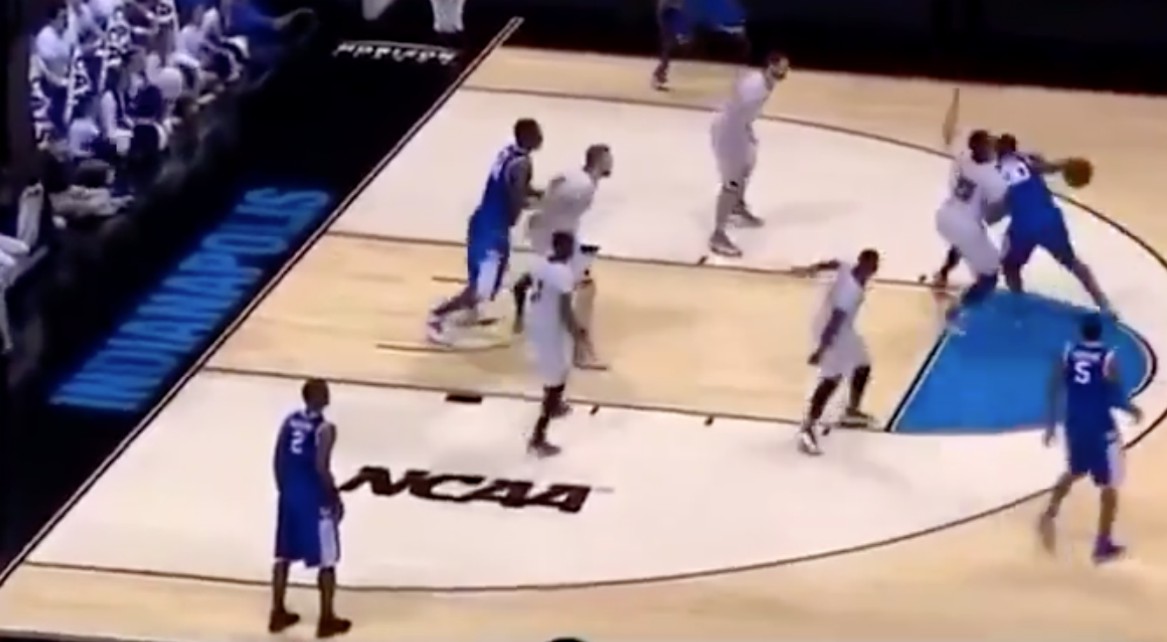 With Louisville leading 68-67,  Julius Randle found Harrison in the corner for a three-pointer that gave Kentucky a 70-68 lead with 39.1 seconds to play.

The shot sent Lucas Oil Stadium into a frenzy and lifted the Wildcats to the Elite Eight vs. Michigan.